Health & Wellness: Microgreens are an easy way to get your daily veggies | DrumhellerMail
01272022Thu 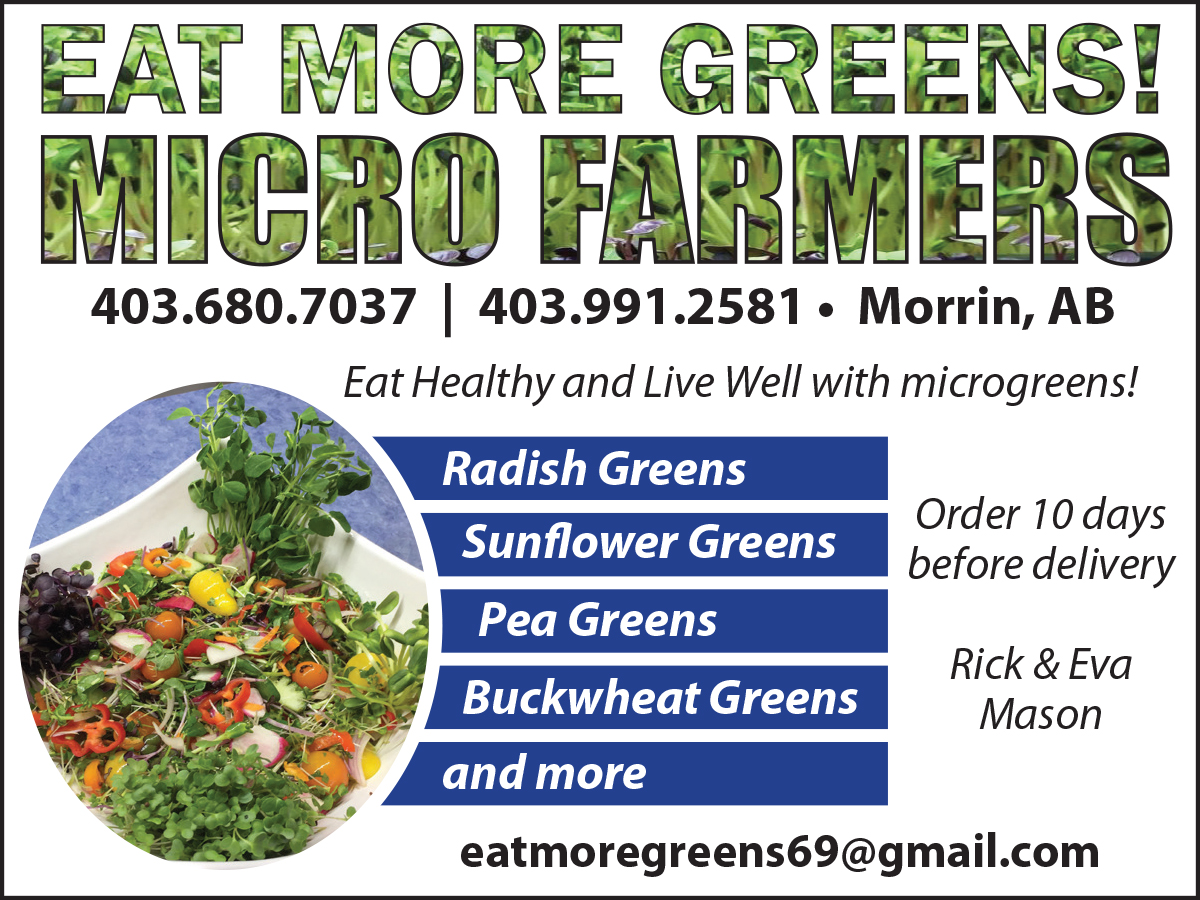 Rick Mason has known since the 90s the benefits of microgreens, but just in the last year he and his wife Eva have decided to start selling the produce which has been trending in foodie circles.

Microgreens are not the produce we are familiar with in grocery stores. They are harvested just after sprouting as shoots. Since becoming well-known in restaurant circles in the 90s, the food has been growing in popularity recently for both its visual appeal and the nutritional benefits. The stuff is filled with antioxidants and is high in nutrients, with some reports saying up to 40 times as much as their full grown counterparts, and their potency allows them to be easily added to almost any dish.

“Because they’re younger they’re higher in potency,” says Mason, adding that they are perfect for people who have a hard time eating all the vegetables they should in a day. “A small amount seems to fill you up quite quickly. A small amount goes a long way with these guys.”

The couple grow radish greens, sunflower greens, pea shoots, and buckwheat and more in their home.

“They’re really quite amazing. It’s also therapeutic looking out your window and seeing them growing on your window-sill when it’s minus 20 out. I totally encourage people to grow their own,” Rick said. “We want to help people eat better. When you go to the store you don’t know how long those vegetables have sat there, how long it takes to get to your plate, and you lose a lot of the nutrition.”

Rick and Eva currently sell their product out of their Morrin home and at a few restaurants, and people interested in buying some can contact them at 403-680-7037 or 403-991-2581. The couple plans to start selling their product at Drumheller farmer’s markets this year, where they plan to bring the growing plants directly and to cut them for customers right there.