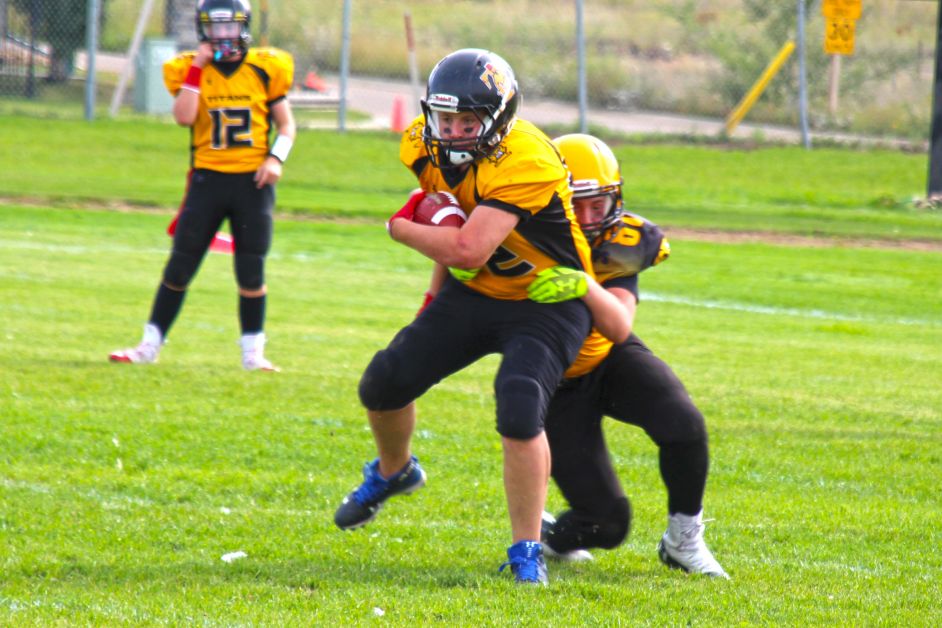 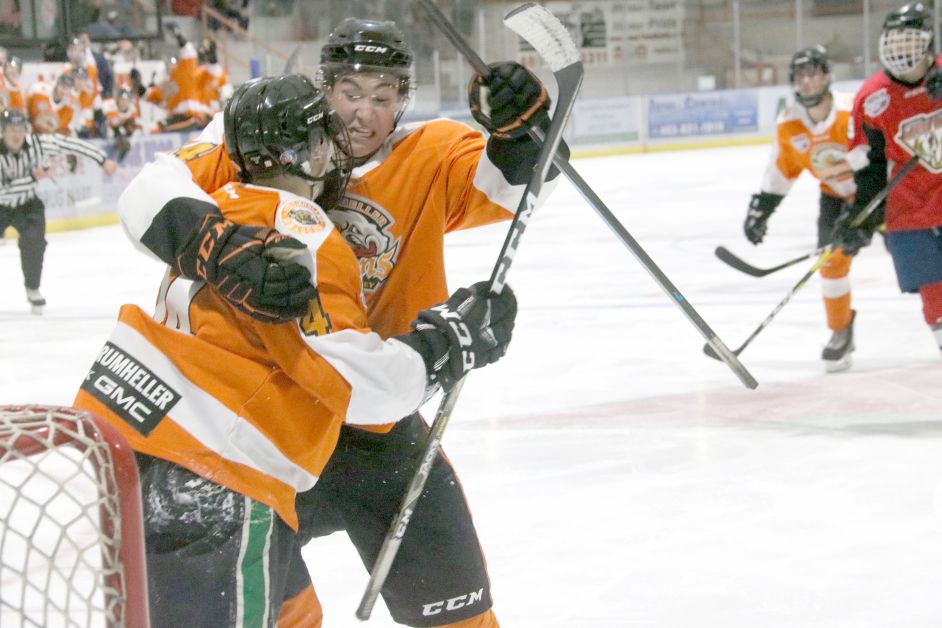 The season begins Friday for the Drumheller Dragons.
The Dragons’ official home opener is September 13 as they come back to the Dragons den to take on the defending champions the Brooks Bandits. On Saturday night September 14, the Okotoks Oilers come to town.
This comes after a strong preseason where the Dragons notched wins over the Camrose Kodiaks, and the Olds Grizzlys.
They will have their work cut out for them with the Bandits. The team faced off once in the preseason with the bandits stealing a 6-1 victory. Brooks was 2-1 versus the Okotoks Oilers in preseason play.
Coach Kevin Hasselberg says he likes what he is seeing.
“It is a great group of players,” he said. “There is a lot of potential and room to grow as players. We are excited to coach this group.  We are going to go through some tough times and we are going to go through some good times.”
So far he is impressed with the work ethic.
“There are elements we have to develop, you are not going to replace players like Brett Edwards or Bradley Stonnell and Jordan Taupert in one season,” he said. “You are going to have to rely on first-year players to improve, obviously the recruiting class we have coming in we have high expectations for.”
“It is never predictable, all you can do is come in and put in an honest day’s work and I think that is what we like the most about this group. When it is time to work they come prepared to do so and I think we will grow as a team because of it.”
Game time for the home opener, sponsored by TELUS is 7:30 p.m. There is a guaranteed 50/50 pot of $4,000.
Prior to the game,  there will be a tailgate barbecue in support of the Drumheller Sea Cadets from  6-7 p.m. 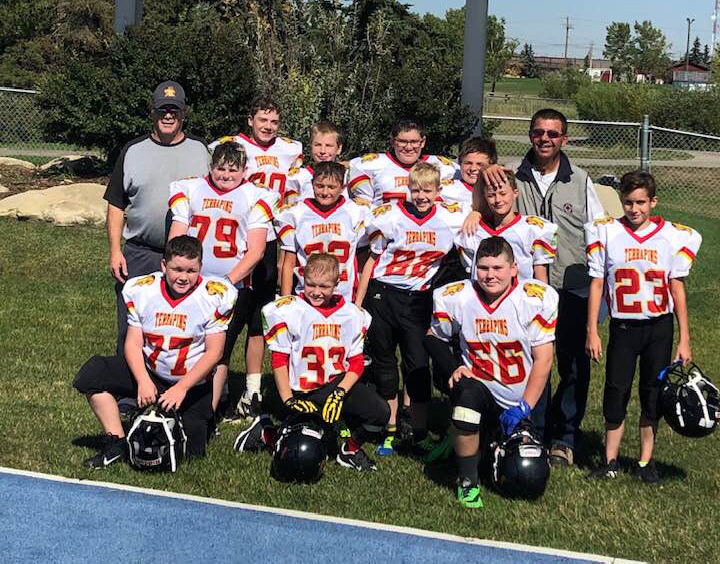 The Drumheller Peewee Terrapins started the season out on the right foot winning their opener over Airdrie on the road.
The Terrapins were facing Airdrie for the first time and on Saturday, September 7. They come out strong and by half time were leading by two touchdowns, Airdrie came back and scored two touchdowns in the third quarter, making it a close game. The Terrapins pulled together a 32-20 win.
“Our guys never got down, they scored a couple more,” said coach Paul Redmond. “They played a pretty good game.”
He said Airdrie has a tough team posing a challenge for the Terrapins.
“On defense, I like to shut down their running game and the sweep and force them to do things they don’t practice as much like passing, but Airdrie had a pretty good quarterback and one kid that could catch so they gave us a tough game,” said Redmond.
He says this season because of low registration numbers, the Terrapins are playing nine-man. In fact, half of their league is doing the same with teams in Drumheller, Airdrie, Innisfail, Rocky Mountain House and Sylvan Lake playing nine per side.
Coach Redmond says this allows the players more opportunities on the field than the traditional 12 player game, and also allows better coaching. He adds that Football may begin to mandate playing either 6-man or 9-man at the younger levels.
“It is more developmental and safer,” said Redmond. “What I found with nine-man is I can do way more teaching. We are finding we have more time to show these kids what to do. With our limited numbers, it helps us out a bit.”
The Terrapins are back on the field this Saturday, September 14 versus Sylvan Lake for their home opener. Game time is 11 a.m.