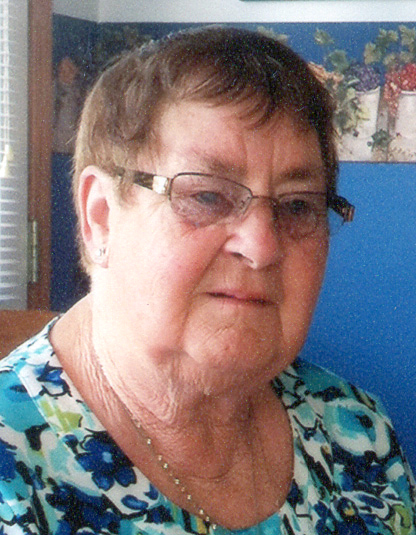 Gloria Faye Kathleen Patterson of Rosebud, beloved wife of the late George Patterson passed away on November 21, 2022, after a lengthy battle with Alzheimer’s at the age of 85 years.
Faye was born in Calgary, Alberta on April 6, 1937. Faye attended Colonel Walker school and later met George and was married in Calgary on August 20, 1955, they bought their first home in Rosebud where they resided for over 40 years and raised their three sons.
Faye sold AVON for several years, this allowed her the opportunity to acquire many lifelong friends from Rosebud. Faye was an avid gardener and homemaker. She was a perfectionist and took the utmost pride in her home and ensured that every aspect of her home was always to perfection. In the summer George would haul tanks of water for her garden and flowers that Faye would grow in her own greenhouse. Faye’s family was always her #1 priority, especially when it came to special occasions. There was always a family event planned that included the entire family. Mom loved Christmas the most and she would always deck her home with every Christmas ornament she had. George and Faye retired in 2000 and purchased their first new home in Strathmore.
Faye is survived by her sons, Leonard (Frances), Michael (Donna), Scott (Linda); grandchildren and great-grandchildren, Curtis (Jessica), Namaya, Kyle, Nicholas (Barb), Bennett, Sawyer, Leonard Jr. (Becky), Bradley, Dominic, Melissa (Justin), Veronica, Paten, Elise, Shantel (Daniel), Kaden, David (Kimberley) Alexander, and her sisters Beverly and Sylvia.
Besides her loving husband George, Faye was predeceased by her parents Reginald and Kathleen Leonard, her sister Beth, and her grandson Andrew.
The family thanks the staff at Drumheller Continuing Care, Helping Hands and Dr. Randolph for the care and kindness shown to Faye. Funeral services will be held at Courtney Winters Funeral Home in Drumheller on Friday, December 2, 2022, at 11:00 am. A private family Interment to follow at Standard Cemetery, Standard, Alberta at a later date.
Those who wish, memorial donations to the Drumheller and Area Health Foundation or the Drumheller Humane Society. 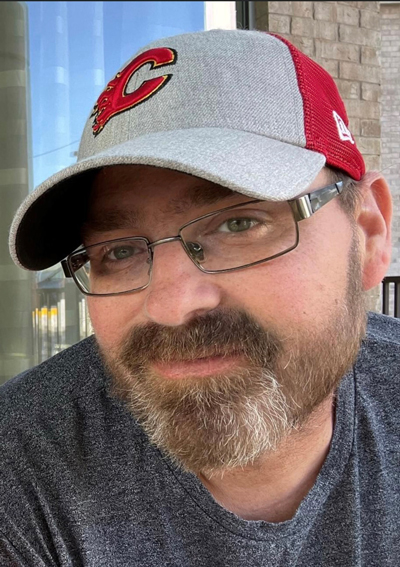 It is with so much sadness that we announce the passing of Casey Cameron Collett on November 19, 2022.
Casey was born on August 16, 1981 in Calgary, Alberta. He grew up in Hussar, and aside from working in Calgary with his Dad, Hussar is where he chose to spend his life with his love, Pam and their 2 children, Dayne and Kali. Casey was an avid sports fan, he loved his Calgary Flames and Stampeders but more than anything he loved watching Dayne play hockey and lacrosse and Kali play volleyball. He was so proud of all of their accomplishments and will always be their biggest fan. Casey was a man of great patience, which he put to the ultimate test with his favourite hobby; he could sit and play poker for hours. This passion sent him and Pam to Las Vegas more than a few times, he loved travelling with friends and everything about the city, but of course you always knew where to find him. He was never in a hurry which made him one of the best players around! He spent the summer driving with the top down, exploring southern Alberta in his corvette, which had always been a dream for him. The day he was surprised by his family with his dream car was one of his favourites. Whether it was driving to hockey in the van or playing games at home, Casey was happiest being wherever his family was. Everything Casey said and did was purposeful, he made the people around him feel
special and the love in his heart for those he cared about was infinite. His loss is felt by many.
Casey leaves behind, his wife Pam and his two-favourite people Dayne and Kali. His parents Ralph and Yvonne Collett, Heather Setter and John Cameron, Mike and Anne Letts. Sisters Paige (Brad) Severtson and kids Carson, Grady and Lila and Shelby (Miles) Grisack. His mother and father-in-law John and Rennie Jensen, and brother-in-law Curtis (Lindsay) Jensen and kids Kennedy and Gray, and Grandfather George Comstock. Plus many aunts, uncles, cousins and friends. Casey was pre-deceased by his grandparents Leo and Lila Collett, Fred and Joyce Setter and Jewel Comstock.
There was a celebration of life for Casey at the Hussar Community Hall on November 26 at 2 p.m. If friends so desire memorial donations may be made to the Hussar & District AG Society (Box 1, Hussar, AB, T0J 1S0) or the Agape Hospice (1302, 8th Ave. N.W., Calgary, AB, T2N 1B8). Courtney - Winter’s Funeral Homes are in care of the arrangements. 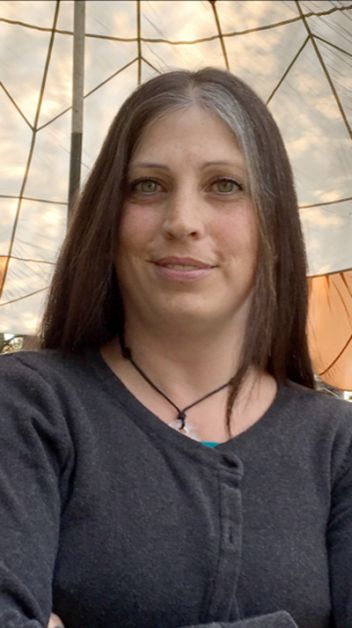 It is with deep sadness and heavy hearts that we announce the peaceful passing of our beloved Christine at the age of 44 years, 4 months, and 4 days, from congestive heart failure, at the Red Deer Hospice Society in Red Deer, AB, with her momma by her side.
Christine was born in Stettler, Alberta, to Rick and Michelle Michalevich and as she would one day say, “was stuck in the middle between two brothers”, Terry and Jamie. She completed the last half of her education in Morrin, went to business school in Calgary, moved to Drumheller where she met and married her first husband John and where she enjoyed waitressing and operating a clothing store. Christine eventually moved to Rocky Mountain House where she met and married her second husband Lyndon, became a stepmom to London, and operated her own little mini farm.
Christine was kind, generous, humorous, stubborn, opinionated, feisty, and ohhhh so strong and courageous. She was our warrior princess. She had beautiful big green eyes, freckles, a soul larger than life, and a smile that would light up a room. First and foremost, Christine loved her family and spending time with them. She also loved: her dogs, her cat; her gypsy horse and donkey; raising chickens, pigs, ducks, and turkeys; cooking and baking, crocheting, crafting, beading, diamond painting; watching movies and tv series, and photography; she took beautiful pictures. She also loved camping at her parents’ acreage in the Rocky Mountains in her newly renovated itty bitty tent trailer.
Christine is survived by her parents, Rick and Michelle, brother Terry (Maren), brother Jamie and sister-­in-law Danielle, her nephews Zachary (Georgia) and Sean (Emily), her nieces Alexa, Brittanna, and Kaedence, her paternal grandmother, Lucille Michalevich, her Aunt Donna (Darrell) Curr and cousins Robin (Melanie) and Candace (Chuck) and family, her maternal grandmother, Mary LaRose, Uncle Marc LaRose and cousins Danielle (Ben) and Kara, Aunt Julie LaRose, Aunt Lisa LaRose and cousins Emilie and Etienne, Aunt Maureen (Darren) Rider and cousins Brett (Catherine) and Kelsey (Dalen), and cousin Jesse (Makayla). She is also survived by her husband Lyndon and stepson London, her mother-in-law, Vee Herman, brother-in-law Lance (Diane ) Herman, sister-in-law Dawn (Chris) Horbach, her best friend Belinda and good friends Ashley, Jamie, Lora, and Zayna and also several friends from her church group. She also leaves behind her precious fur babies - Lulu, Farrah, Kiwi, and Mow (her precious eleven year­ old Chinese Crested fur baby went to the rainbow bridge in January).
Christine was predeceased by her paternal grandfather, Michael Michalevich, her maternal grandfather, Francis LaRose, her Uncle Kevin LaRose and other extended family members.
Our deepest thank you to everyone who was involved in Christine’s care throughout her life. You know who you are and we know you will never forget her as she had an impact on everyone she met.
A private Celebration of Life for Christine will be held at a later date for her family and friends.
We were so blessed to have had her in our lives and we will carry her in our hearts and memories forever. Until we meet again ......
For those who so desire, donations can be made in Christine’s name to the Red Deer Hospice Society (99 Arnot Avenue; Red Deer, AB; T4R 3S6), to the Heart and Stroke Foundation of Alberta (119-14th Street NW Calgary, AB; T2N 1Z6), to an animal shelter or to a charity of your choice.