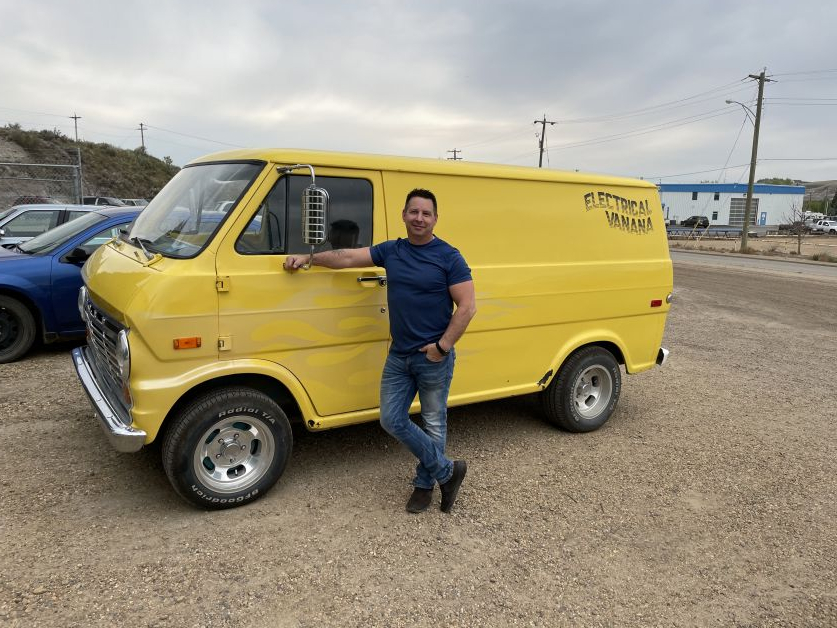 Nathan Moore has a new whip, and it’s pretty groovy. He just picked up this 1970 Ford Econoline this week. The van, dubbed the Electrical Vanana, harkens back to the early days of boogie vans, and it is easy to see Shaggy and Scooby cruising. It has an inline six-cylinder power plant and a trusty three-on-the-tree set up to get you down the road. As groovy as the van appears, it will be getting a new look in the very near future. 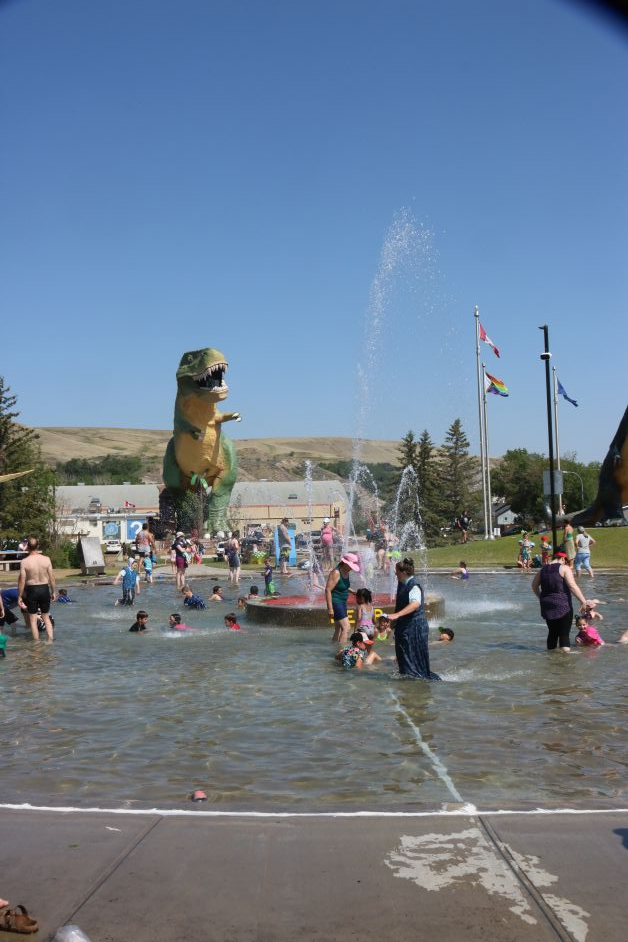 As the tourism season is winding down, it appears the valley had a successful season, despite lingering concerns over COVID-19.
On July 1, the Alberta Government opened up restrictions in hopes of a normal summer. Drumheller was a hive of activity, as visitors returned.
Executive Director of the Royal Tyrrell Museum, Lisa Making said, following a year of restricted numbers and online reservations they weren’t sure what to expect. They weren’t disappointed.
“It was incredible. The response was swift from our visitors,” said Making. “From June 10 to August 31 we had more than 235,000 visitors. The Attendance for August 2021, was only slightly below August of 2019. It was a busy summer for our staff, and they did an awesome job.”
“We didn’t know what to expect because the international borders were still closed, so most travel was going to be from Albertans and Canadians. We did have representation from most provinces, but the bulk of it was from Southern Alberta.”
Due to the pandemic, in 2020 the museum went to an exclusive online reservation system. In 2021, they kept the reservation system, but not exclusively.
“We were highly recommending it. We are looking to keep our time ticket service just because it helps us spread the visitors throughout the day. When we are open from 9 a.m. to 9 p.m. the bulk of our visitors in the summertime tend to come between 11 a.m. and 3 p.m., so we would really like to find a way to spread that out,” explains Making. “Visitors won’t feel that crunch at mid-day, and they will have a better experience.”
One observation while using the reservation system is it appears to have given other businesses in town a boost.
“I think it has a good impact on the local economy because if somebody is coming into town, and they don’t have tickets to the museum until 3 o’clock, they may go for lunch at a local restaurant, they might poke around some of the local shops before coming out to the museum,” she said. “Shop owners I have spoken with were keen to hear we were keeping the time ticketing.”
One activity that was popular through the pandemic and this summer was camping. Tommy Park of the Hoodoo RV Resort and Campground said the traffic was busy last year at the height of the pandemic, and that continued this year.
“We were full on the weekends, and even the weekdays, It was super busy at the campgrounds,” said Park, adding most visitors were from Alberta.
At Dinosaur Trail Golf Course, Park said they are seeing many visitors bringing their clubs, especially on the weekend. Interestingly, he said last year they were busier.
“Last year was special if you think about it, because (with COVID restrictions) people could only do golf,” said Park.
Upstart Bikes and Bites moved into Badlands Community Facility this year. It offers restaurant fare as well as e-bike rentals, catering to the local and tourism market.
“We have been fortunate in how welcoming the business community has been for a new business, and we were happy to serve plenty of folks with some picnics and some bikes,” said co-owner Lana Philips.
While there has been uptake from local residents on the bikes, they are predominately rented by visitors.
“We have had visitors from across Canada, everywhere from B.C. to as far as Quebec,” said Phillips. “We saw a lot of Canadian tourism where Canadians had the opportunity to travel this summer, so they explored more of their own country.” 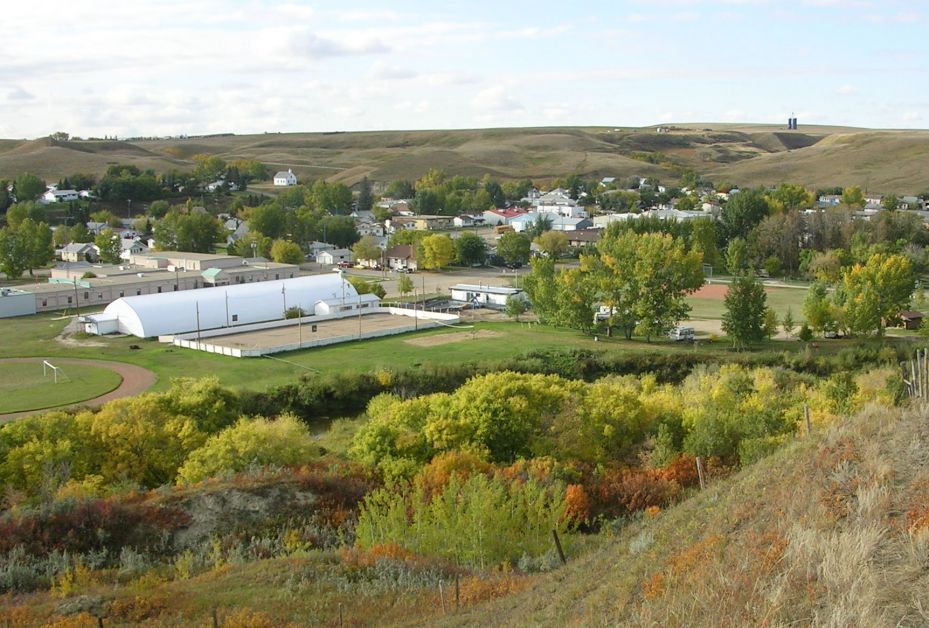 Sewage lagoons were a topic of discussion for both the Village of Carbon and the Village of Rockyford during their regular council meetings held on Tuesday, September 7 and Wednesday, September 8 respectively.
In Carbon, at least one of the lagoon holding cells is having issues with back-up stemming from lack of maintenance. Sludge and slime was last cleaned from the lagoon in 1999 and was scheduled for maintenance in 2011. However, this maintenance was not completed and the lagoon is now a decade overdue for clean-up.
Along with overdue maintenance, council also heard how the lagoon is also in need of repairs, though this is not within the scope of the 2021 budget.
Due to the estimated cost, it was recommended repairs be budgeted for 2022. Council also discussed increasing the ATCO gas and electric franchise fees to help cover the anticipated lagoon repair costs.
Council proposed to increase the electric franchise fee from 5 per cent to 8 per cent, with the gas franchise fee proposed to increase to 16 per cent from 15.07 per cent. Prior to proceeding, the Alberta Utilities Commission will need to approve these changes; confirmation on the amount of revenue these increases will generate for the village were not available at press time.
The Village of Rockyford also discussed repairing their sewage lagoon and reviewed quotes from two contractors during their Wednesday, September 8 council meeting.
Council received a total of three quotes from two contractors and awarded the contract to Knibb Development.
Knibb had provided the village with two repair options, with a price difference of some $3,000; the first option would be to repair and replace affected pipes with PVC, while the second would use stainless steel. The PVC option would cost the village $16,000 and carry a one-year warranty while the stainless steel option would cost $19,000; however, the stainless steel option would carry a 10 year warranty.
Mayor Darcy Burke tells the Mail council went with the stainless steel repair option, and he adds the work is anticipated for completion this year to ensure the lagoon is operating correctly.