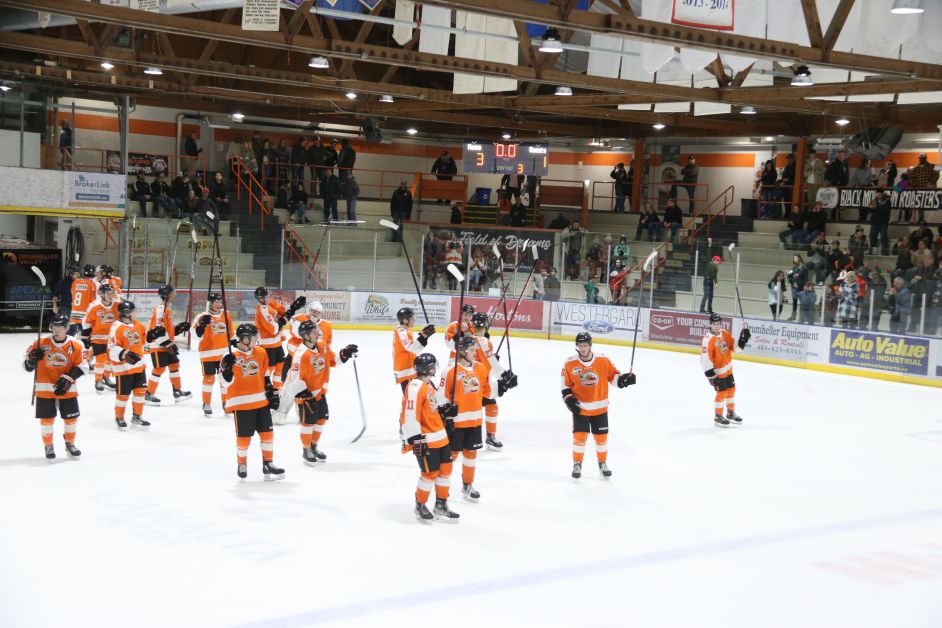 The Dragons have catapulted themselves into second place in the AJHL south after going on a seven-game winning streak… and counting.
The Drumheller Dragons appeared to have turned a corner and are playing brilliant hockey. Leading up to last week the Dragons had rattled off four straight wins, and were looking to build on the success. On Tuesday, November 22, they hosted the Olds Grizzlys.
The Dragons dominated from the moment the puck dropped, and outshot the Grizzlys 12-2 in the first period. Kai Matthew began the scoring for the Dragons, and his effort was quickly followed up by two from Ty Daneault to end the first period up 3-0. The scoring started again just 1:32 into the second period as Ty Whitford found the net. This was followed by Dylan Glinski on the powerplay, and then Daneault finished off his powerplay.
Olds opened the scoring in the third period, but three minutes later, Sam Simard scored his 11th of the season. Four minutes later, Glinski scored his second as the Dragons went on to an 8-1 victory. Vann Yuhas had four assists.
The Dragons’ home stand continued on Friday, November 25, as they took on the Blackfalds Bulldogs. The Bulldogs jumped out ahead and were leading 3-0 by the midway point of the second period. The Dragons found signs of life as Daneault scored his18th of the season. This was followed up by Yuhas, ending the second 3-2 Blackfalds.
The Bulldogs went up 4-2 in the third, but Jacob Goudreau drew them closer with a goal. Daneault scored his second of the game with 5:15 left to force overtime. After a scoreless extra period, they went to a shootout. Coy Pighin got the winner as the Dragons went on to a 5-4 win.
On Saturday, November 16, the Dragons were back on home ice to play the Camrose Kodiaks. Pighin scored 4:53 in, and the Dragons led 1-0. Noah Danielson followed it up with a goal midway through the second period, and Kai Matthew added one more at the 12:02 mark of the third. The Kodiaks kept up the attack but it looked like the Dragons were heading to a shutout, but a late holding penalty put Camrose on the powerplay, and they scored with 43 seconds left. It was too little too late, as the Dragons won 3-1.
The Dragons still have nine games left before the Christmas break. This Friday, December 2, they are hosting the Olds Grizzlys and then Saturday, December 3, invite the Canmore Eagles to the Den. On Sunday, December 4, they are in Blackfalds to take on the Bulldogs. 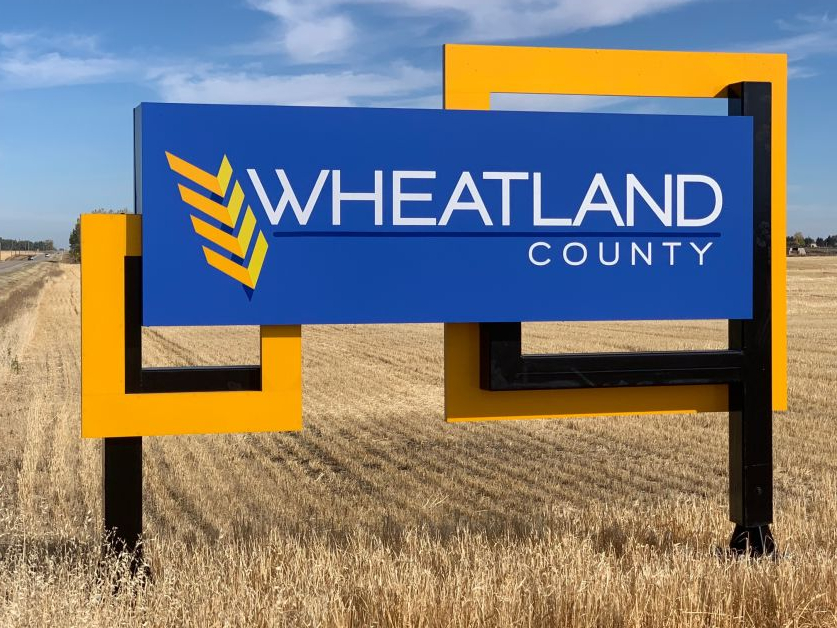 Ratepayers in Wheatland County were invited to participate in a public engagement survey to provide feedback to council and administration ahead of the 2023 budget process.
The survey, which was hosted by award-winning digital democracy platform Ethelo, was open to Wheatland County residents and landowners between September 6 and October 11; Ethelo has worked on citizen budget engagements with numerous other municipalities, including the Town of Drumheller and City of Brooks.
A similar survey was conducted for the 2021 Wheatland County budget, which received a total of 64 responses; the 2023 budget survey drew a total of 129 participants during the six-week period it was open.
Of those surveyed, 25 per cent of respondents were from the Carseland and Speargrass areas (Division 3); 19 per cent from the Cheadle area (Division 4); 16 per cent from the Ardenode, Nightingale, and Lyalta areas (Division 5); 15 per cent from the Gleichen, Namaka, and Eagle Lake areas (Division 2); 11 per cent from Redland, Rosebud and areas surrounding Rockyford (Division 6) and Cluny, Chancellor and areas surrounding Standard (Division 1), and three per cent from the Dalum and areas surrounding Hussar (Division 7).
Respondents were asked to weigh in on five municipal services--fire, peace officers, agriculture and environment, roads, and parks and recreation--and whether they would like to see funding increased, decreased, or kept the same.
Funding for fire services was split, with 44 per cent wishing to keep the same level of funding while 45 per cent wished to increase this funding. Protective services also saw 32 per cent of respondents inclined to decrease funding, while 44 per cent indicated they would like to maintain current funding levels.
When responses were weighed and “consolidated with equal weight of importance or value” it was determined that 49 per cent of respondents wished to maintain current funding levels for municipal services, 24 per cent wished to decrease funding, and 26 per cent wished to increase funding. 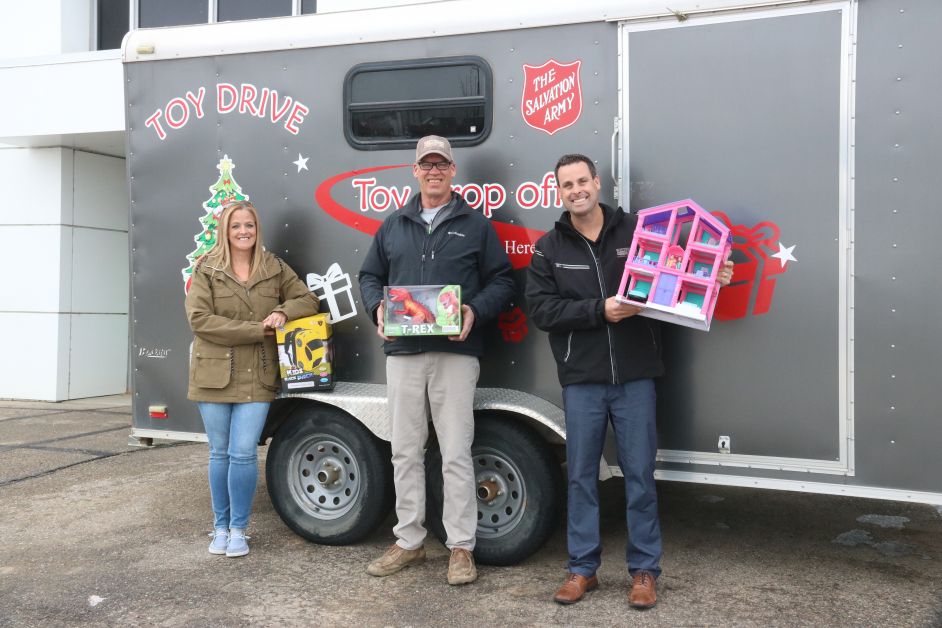 The Christmas campaign is underway, and Westergard Ford is once again helping The Salvation Army by being the drop-off location for its Christmas Hamper toy collection.
From now until December 9 residents can bring unwrapped toys and gifts to Westergard Ford and drop them into the trailer provided, these will be used to fill Christmas hampers for families in the community.
Westergard Ford has been supporting The Salvation Army with the toy collection for eight years.
Prior to COVID-19, they would have tags on a Christmas tree specifying the type of gifts that would be suitable. They have discontinued it.
Tiffany Andrew of Westergard says the community has been generous, including Drumheller Minor Hockey, which saw its teams do a collection and make a generous donation to start off the campaign.
She also notes to be mindful of older children and teenagers when looking for gifts as they can be more difficult to buy for.
“The Salvation Army is going to bring us over a list of items they are being asked for, and if nothing else, buy whatever people can find,” she said, adding gift cards are always a good option.
“That way The Salvation Army can get what they need,” said Andrew.
The toys will be picked up from Westergard Ford on December 12 to be sorted and hampers assembled.
Amanda Courtenay of The Salvation Army says they are anticipating close to the same number of hampers as last year, with the possibility of a few more in this economic climate.