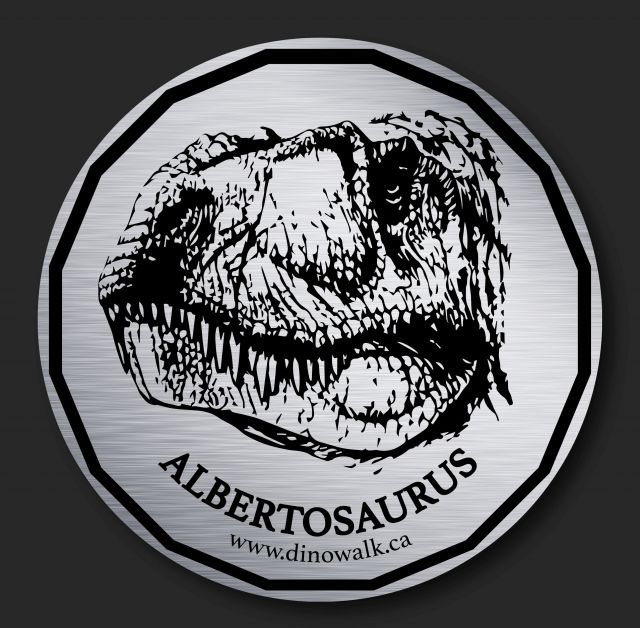 Following intense competition for the naming of Downtown streets, Albertosaurus defeated Tyrannosaurus Rex as the most popular dinosaur in the Dinosaur Capital of the World, Drumheller, Alberta.

The Top 10 Favorite Dinosaurs selected from electronic and print ballots are (in highest voting order):

Voting took place over a fourteen day period, and was completed on July 6th. The selection of the dinosaurs will result in the addition of new secondary street names in Drumheller’s downtown business district. The newly named streets signage will installed later this Summer. Medallions that feature the selected dinosaurs will also be added to pedestrian wayfinding signage, which will include a mapped out walking tour of Downtown Drumheller.

“I have to admit that I’m a little bit shocked that T-Rex didn’t come out on top, but this will definitely make exploring Drumheller that much more interesting, said Drumheller Mayor Terry Yemen.”

Albertosaurus beat the T-Rex by 16 votes out of a total of 3,148 votes cast through the process. The good news is that that the top names selected are all very popular and the fact that Drumheller is still home to an 86 foot tall T-Rex makes it hard to overlook that T-Rex continues to be Drumheller’s most iconic dinosaur. It cements Drumheller’s position as the Dinosaur Capital of the World.

“I think it says something patriotic about Drumheller that we would rally around Albertosaurus, the first dinosaur named after our province and discovered in this area over 100 years ago," said Summer Manca, Chair of the Drumheller Economic Development Advisory Committee.