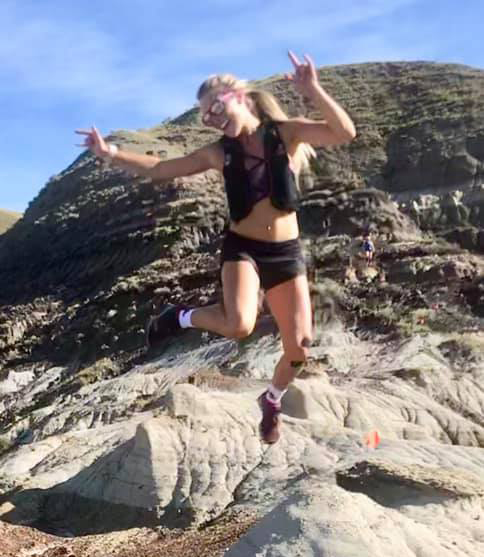 This Saturday about 200 athletes will be taking on some of the toughest, and most beautiful terrain in the valley at the first-ever X- Ultramarathon.

“The run itself, I can’t say there is a more beautiful course in Western Canada, if not Canada,” said Chalifoux. “It is going to be incredible.”

In less than two months, organizers have filled the race. About half the runners are taking on the course as solo runners. The rest are tackling it in teams of two or four.

He says while the event is sold out there is a waitlist that runners can sign up if spaces open up.

“It is an even split which is really nice,” said Chalifoux, adding he expects about 50-60 percent to be staying overnight before the race.

“This is really nice because the goal is to look after our partners as much as possible and fill hotel rooms and having people spend their money in town, so it is very positive to see those numbers,” he said.

“If we pull it off and everyone is happy we will definitely look at making things bigger and better next year.”

It will be a busy weekend, and the centre of the action will be Dinosaur Trail Golf and Country Club. Base camp will be at the overflow parking area of the golf course and the race will start on the site. Participants and spectators will need to park at the Royal Tyrrell Museum and there will be a shuttle to the site.

Racers can set up at base camp on Friday afternoon and there will be a pre-race briefing on Friday evening a 5 p.m. as well as a pasta dinner.

The first leg of the race will be a standard loop, while the three remaining loops will be in the tradition of a Barkley Book Loop.

Chalifoux explains this is modeled after the Barkley Marathons where runners tear a page out of a book, that matches your bib number at the midway point to prove their distance.

Runners will have 10 hours to complete the course.

Part of the event is that it hopes to raise some funds for the Drumheller Rotary club to support the work they do in the community. There will be a kids 1K fun run at 1 p.m., and the proceeds of this will go towards the Rotary. They are also hosting a longest drive contest.

“The way the course is set, all the runners leave the base camp through the same path, underneath the highway, and then run right beside the driving range. So we thought it would be cool to sell tickets and run the longest drive contest all day,” he said. “This will include spectators or participants, and when they are running their leg, maybe they can hit the ball a few times.”

Chalifoux invites anyone who wants to support the runners to come out. They can play a round of golf or participate in the long drive challenge and the kitchen will be open while they wait for the runners. Awards are at 2 p.m.

More event information is available at