Condolences to the family of Robert Karl Gundlach | DrumhellerMail 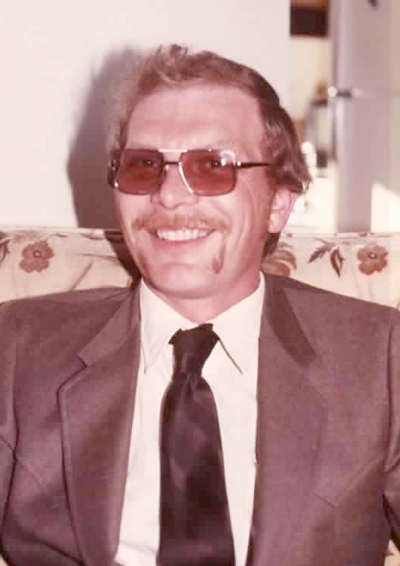 Robert Gundlach passed away peacefully on May 24, 2022 in the Red Deer Hospital after a short illness.
Robert Karl Gundlach was born on April 16, 1953 in Calgary, AB. Robert attended school in Carbon from grades 1 through 12. After finishing school he went to work on a ranch near Stanmore and then to a mixed farm near Drumheller.
In 1974 Robert went to work for the MD of Kneehill, staying there until he retired in 2013 after 39 years and racking up more miles than we could count on his Cat grader. After retirement he found a new way to fill his days by helping his nephew Dan on the farm at Acadia Valley. His last time helping was the harvest of 2021.
Robert is survived by his mother Helga Gundlach of Three Hills; sister Gabriela Gundlach of Crawford Bay, B.C.; brother Carl (Louise) Gundlach of Drumheller and sister Carmen (Vince) Grudecki of Medicine Hat. He is also survived by 7 nieces and nephews - Carrie (Cal) Kitchen of Rimbey, AB.; Joshua (Tanisha) Gundlach of Thompson, MB; Dan (Whitney) Grudecki of Acadia
Valley, AB; Clinton Grudecki of Lethbridge, AB.; Logan Grudecki of Calgary, AB.; Kaitlyn (Shawn) Meierhofer of Medicine Hat, AB.; Donovan Hough of Crawford Bay, B.C.
and 4 great nieces & nephews Madison, Ryland, Grace & Barrett. Robert was predeceased by his father Karl in 1990. The family is very appreciative for the wonderful care Robert received in the Three Hills and Red Deer Hospitals. In lieu of flowers, donations may be made to the Canadian Cancer Society, the Heart & Stroke Foundation or to a Charity of Choice. A family memorial is planned at a later date.
Kneehill Funeral Services, Three Hills, entrusted with arrangements. 403-443-5111