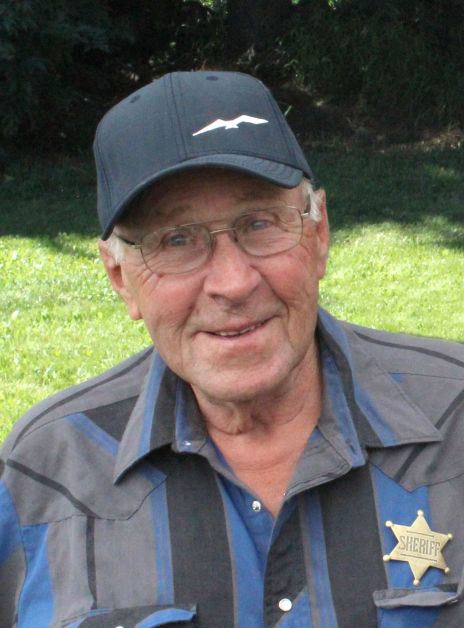 Bert passed away peacefully May 26, 2021 at the age of 80 following a week in palliative care in the Ponoka Hospital and Care Centre following a short battle with cancer. He cherished the visits he was able to have with his family.
Bert was born in the Drumheller hospital August 4, 1940 to Harry & Florence Hanson. He graduated from Morrin High School and began working with Alberta Government Telephones (AGT, now Telus) working with the tech guys and on call for phone transition problems. This is where he met Grace Hunter, whom he married in 1961, moved to Edmonton where they started their family with two boys. In the mid 60’s they purchased their first home in an upstart community named Sherwood Park where eventually a daughter became part of the family in 1971. They moved to Brooks in 1973, working in oilfield construction. Their fourth child, a boy, was born shortly after moving to Brooks. He took an interest in welding, obtained his welder certification and became owner/operator of Greenbook Welders mid 70’s. Bert joined the Brooks Volunteer Fire Department in 1977 and was an active volunteer firefighter until leaving the fire department in 1986. He returned to Drumheller in 1992 and worked in various jobs in the community and even worked with Bill Hunter, surveying even after he retired.
Bert enjoyed hunting, fishing and all things horse related. There are numerous stories about hunting and fishing trips with many friends. He enjoyed watching the Chuckwagon races and spent time with his daughter attending horse shows and most recently helped her break a new horse.
He leaves behind his four children Dwayne (Kaz), Dale, Arlene (Rob), Derek (Tammy); his eleven grandchildren; Stephanie (Ryan), Cameron (Sarah), Jackie (Dan), Jamie (Tyler), Michelle, Maranda, Taryn (Payden), Jayden, Oryanna, Dakota, Ty; and his twelve great-grandchildren Cailyn, Mackenzie, Mikayla, Sean, Chloe, Ryithe, Aryiah, Whylee, Wryker, Raiden, Karsyn and Keyen.
He was predeceased by his parents; his sisters Evelyn & Dorothy; and his brother Gordon. He will be dearly missed and forever remembered by all who loved him.
A Celebration of Life and Interment will be held on Saturday, July 17, 2021 at 11:00 a.m. at the Morrin Cemetery with a luncheon to follow at the Morrin Community Center. Donations in Bert’s memory may be made to the Ponoka & District Health Foundation - Palliative Care (5800 - 57th Avenue, Ponoka, AB T4J 1P1) or The Grace House, Drumheller (175 3 St. W, Drumheller, AB T0J 0Y4). To express condolences to Bert’s family, please visit womboldfuneralhomes.com