Condolences to the family of Gerald Robert Hotel | DrumhellerMail
06192021Sat 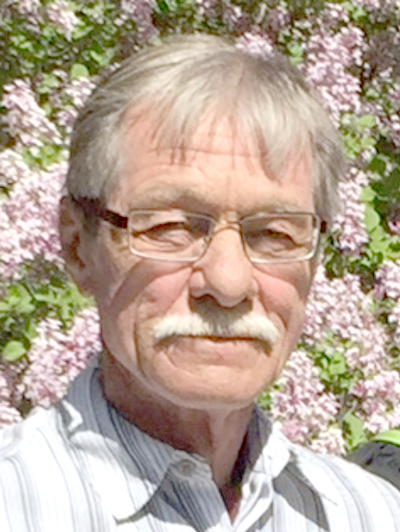 Gerald Robert Hotel of Drumheller beloved husband of Patricia Hotel passed away peacefully with his family by his side on June 4, 2021 at the age of 74 years.
Gerry was born on December 22, 1946 at Portage la Prairie, Manitoba. He spent his younger years on the family farm in Austin, Manitoba until his family moved to Portage la Prairie when he was nine years old.
Gerry found his true passion and calling when he started baking, he lived in many places honing his craft, Manitoba, Saskatchewan, B.C. and Alberta, owning many bakeries over the years. In 1992 Gerry became employed by Freson IGA in Hanna and then Drumheller until 2009 as the Bakery Manager. In 2010 Gerry was employed by CSC Canada Food Services at the Drumheller Institution. Gerry always said, “as long as I enjoy going to work and am able, I will keep doing it”.
Family, especially his grandchildren were Gerry’s joy, his happy place. He loved to be busy, in his yard, outdoors and camping. Gerry will be dearly missed by his loving family and a lifetime of friends.
Gerry leaves to cherish his memory, his wife Patricia, two daughters Leslie (Darcy) Landon, Melissa (Jon) Samson, two sons Bradley Hotel and Jared Hotel, two grandchildren Brooklyn and Brody Landon.
Gerry was predeceased by his parents Robert Leroy and Violet Muriel Hotel, his sisters Anne Heath, Shirley VanRassel and Marsha Ducharme.
A private family service will be held Saturday, June 26, 2021 by invite only.
Courtney-Winter’s Funeral Homes are in care of the arrangements. 403-823-2666