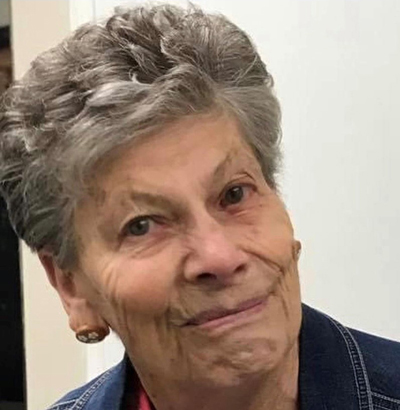 Norma McConkey, resident of Grande Prairie, AB, formerly of Qualicum Beach, BC, passed away on Tuesday, January 19, 2021, at the QEII Hospital, at the age of 90 years.
Norma was born Norma June Elkins on June 30, 1930, in Drumheller, AB, to Carrie and Ernest Elkins. Norma had one sibling, a younger sister Audrey Marie. Norma grew up in Drumheller, where, after completing high school, she started a career at Stedman’s Department Store. She soon met and married Joseph Hillard McConkey, and the two were married on December 12, 1951. In 1972, Norma and Joe moved to Grande Prairie. Joe worked with Alberta Power and Norma with Sears. In 1987, they retired to Qualicum Beach, on Vancouver Island. After the passing of Joe in 2017, Norma returned to Grande Prairie to be near Rob.
Norma had a very outgoing personality and vivid sense of humour, which would be on display from time to time while working at Sears. Along with Maureen Sallows and Jean Olsen, the three ladies were always up to something.
She loved to garden, especially in Qualicum Beach. If a weed popped up, Norma would be in her yard digging it out. She, along with Joe, faithfully served at their church in Qualicum Beach. Norma loved church and her Lord Jesus.
Norma is survived by her children: Daryl Wayne McConkey of Drumheller; Robert Kendall McConkey of Grande Prairie, and Brenda Marie Clements of Kelowna, BC; Norma is also survived by her sister Audrey Cameron of White Rock, BC; her four grandchildren: Davro Joseph Clements (Chontay) of Midland, Texas; Cole Ole Clements (Kelsey) of Red Deer, Alberta; Breeann Marie McConkey-Franke (Dylan) of Grande Prairie, and Kaidy Marie McConkey-Dunn (Brandyn) of Grande Prairie; Norma was also blessed with 5 great-grandchildren, the youngest of which was born just 2 days prior to her passing: Nora Marie Rose Franke, Finnian Cole Franke, Remington Marie Dunn, Winston George Dunn, and Peyton Marie Clements.
Norma was predeceased by her husband of 66 years, Joe, on September 26, 2017.
Condolences may be sent by visiting www.oliversfuneralhome.com