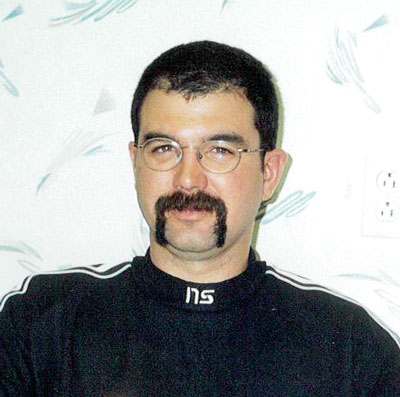 It is with great sadness we advise you of lan’s sudden passing. He died of a heart attack in the Grande Cache hospital on January 28th.
He was the second son of Wayne and Marlene DeGiano of Craigmyle, AB.
lan is survived by his best friend and partner Carmelita of Grande Cache, his daughter Kacey of Hanna, his dad and stepmom Wayne and Lorraine of Drumheller, his older brother Michael (Sheila) and stepson Alan of Fort McMurray, his younger brother Gordon (Victoria) and sons Christopher and David of Calgary, as well as numerous aunts, uncles and cousins.
He was predeceased by his mom Marlene in 1991.
lan graduated from Delia School and later went to NAIT and DeVry Calgary where he obtained his millwright certificate.
Growing up, he was active in Cubs & Scouts, and liked to help with the farm work after school. He eventually sought employment in the oil patch, where he was still employed at the time of his death.
lan was known for his sense of humor, which was appreciated by family, friends and co-workers. He enjoyed fishing and camping, and did very well at being the social convener at the ball games. Snowmobiling in the mountains was a favorite activity; getting out with his friends, and always coming back with a great tan. He liked dogs and had several over the years. He loved spending time with his little girl Kacey. In the last few years he enjoyed riding on his big blue Harley.
A private family memorial will be planned for a later date.