Condolences to the family of Alexander Richard Price | DrumhellerMail
05262020Tue 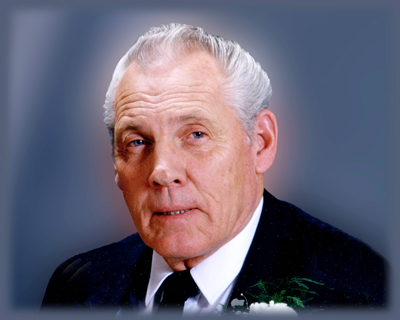 It is with deep sadness that we announce the passing of Al Price, beloved husband of Geraldine Price of Drumheller, at the Foothills Hospital in Calgary on June 4, 2019 at the age of 81 years. Left to cherish his memory, along with his wife Geraldine, are his children: Rhonda (Roy) Zakariasen of Standard AB, Allan (Colleen) Price of Calgary, Richard (Sheila) Price of Drumheller AB, Darlene (Edward) Whalley of Calgary, Valerie (Leslie) Howell of Calgary, and Theo Price of Strathmore AB; his 20 grandchildren, and 10 great grandchildren. Al will also be lovingly remembered by Isabella Clark, Avril Andrus, Janet and Peter Riggs, Kelly Younglove, Damon Younglove, Julie Younglove, Laurie Price, Terry and Janice Burke, and the members of the Royal Canadian Legion Branch #22. He was predeceased by his first wife Georgina Price (née Coad) and his stepson Troy Younglove. Al was born in 1937 in Hanna, Alberta. He married Georgina Coad in 1958 and they moved to Calgary. Al joined the Calgary Fire Department in 1961 and retired as Captain after 32 years of dedicated service. After the passing of his first wife, he was blessed to meet Geraldine Younglove, marrying her in 1997. Al was an avid volunteer and fundraiser extraordinaire. A Memorial Service will be held at Mountain View Funeral Home (Prairie View Chapel, 1605 - 100 Street SE, Calgary) on Friday, June 14, 2019 at 2:00 p.m. If so desired, memorial tributes may be made in Al’s name to the Calgary Firefighter Burn Treatment Society, 440 - 10816 Macleod Trail SE, Calgary, AB T2J 5N8 (www.cfbts.org). To express condolences, please visit: www.mountainviewmemorial.ca.