Condolences to the family of Everard (Barney) Vredegoor | DrumhellerMail
06022020Tue 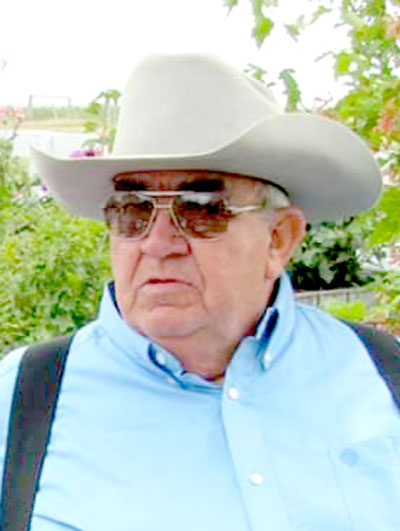 It is with great sadness that the Family of Everard (Barney) Vredegoor announces his passing on March 20, 2019 at the age of 70. Everard was born in Holland, and his given name was Everhardus Albertus Hendrikus Vredegoor. At the age of eight, along with his whole family of nine, they made the big move, and immigrated to Canada. They travelled by air to Montreal and from there they took the train to Lethbridge where an Uncle, Aunt and their children met them. The Vredegoor’s settled in Picture Butte, Alberta, where the whole family hoed sugar beets for a living. Even at the young age of 8, the workload was the same for all, hoeing the beets in the hot sun. In 1960 the family purchased a farm in the Hand Hills near Drumheller, Alberta and this is where they would build their forever home. He attended Elmer School in the Hand Hills and it was here that he became known as Barney. Barney continued his education at J.C. Charyk School in Hanna and Saint Peters College in Humboldt, Sask. Upon finishing School Barney took a job in Olds Alberta working at a Gas Plant, and from there he went to work in Grande Prairie for the Procter and Gamble Mill (Weyerhaueser). He lived with his sister Ann Amendt’s family and worked with brother in law Frank at the Mill. Barney eventually built a home of his own in Grande Prairie. He called Grande Prairie home until 1997 when he took a transfer to Weyerhaeuser in Prince Albert, Saskatchewan. In 1999, Home was calling him and he took early retirement and moved to Drumheller. He kept busy with woodworking and handyman jobs. Moving from Drumheller to Cambria, and then back to an apartment in Drumheller. And his final move into Manor One. His time spent at the manor was an enjoyable time where he could joke with and bug the other residents. Barney enjoyed visiting, being active in the seniors center, sharing his many stories, as well as cooking many meals. Barney and his sisters Maria and Agnes and his late brother in law Ron Bigford, were always up for a game of Canasta and many a night and lots of days were filled with cards. You could find Barney out on his daily walks through downtown Drumheller or from Cambria to the Rosedale Grocery Store. Barney loved to read, liked electronics, computers, enjoyed fishing and loved his sports. He spent many hours helping out his Brother Tony, Brother In Law Frank, and his nephews Eddy, Billy and Tommy on their Ranches in the Hand Hills. He was very efficient at haying and fixing the machinery. He never missed very many brandings, and he took pride in putting that brand on just right. Barney will be sadly missed and lovingly remembered by his Brother in Law Frank (Lorraine) Amendt, Sister Maria Gammie, Brother Martin (Norma) Vredegoor, Brother in law Ray Gamracy, Sister Agnes (Dan) Martin, and Brother Tony (Marilyn) Vredegoor. Barney also leaves to mourn his nieces and nephews, who were an important part of his life: Don (Rena) Mazer, Glenn (Gail) Amendt, Darcy (Sue) Amendt, Lorna Amendt, Connie Gammie (Kevin Girletz), Ed (Tina) Gammie, Jody (Yoriko) Gamracy, Stan (Dawnaca) Martin, Crystal (Matt) Fox, Cody Vredegoor (Jade Colp), Jenny (Dean) Finnimore, Billy Vredegoor (Laura Mason), Tommy (Gabrielle) Vredegoor, as well as numerous Great Nieces and Nephews. Barney was predeceased by his parents Martin (1984) and Hendrina (2005), his sisters Ann Amendt (2000) and Dianne Gamracy (2019), and Brothers in Law Jim Gammie (1992) and Ron Bigford (2018). A Memorial is being planned for Barney at the Hand Hills Lake Community Club on Saturday, April 20th at 1 p.m. We invite all who knew and loved him to join us in celebrating Barney’s life.