Condolences to the family of Irene Edith Forgo | DrumhellerMail
07082020Wed 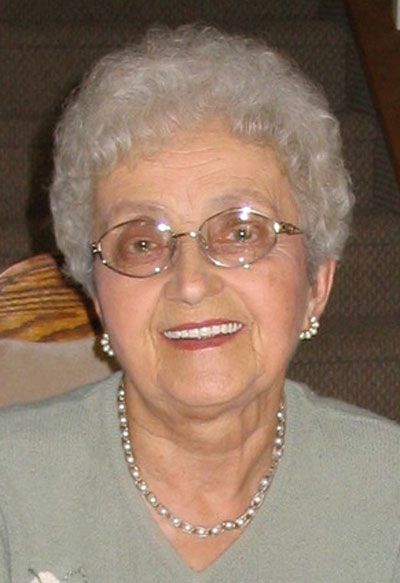 With heavy hearts, we share with you the passing of our Mom, Grandmother and Great Grandmother Mrs. Irene Edith Forgo, a resident of Drumheller for 89 years, who passed away on Saturday, March 9, 2019 at the age of 93 years. She is survived by two sons and their wives, James (Kathy) of Kelowna, Michael (Shawna) of Airdrie, daughter in law Kjelli; six grandchildren, Robin, Spencer, Kacy, Chelsea, Cassandra and Kyle; three great grandchildren, Lincoln, Eden and Ivy. She was predeceased by her mother Mary in 1978, her father John in 1982, her husband John in 1992, son Stephen in 1999 and brother Stephen in February 2019. Irene moved to Drumheller in 1929 at the age of four years from Hungary and went through the Drumheller school system and then Calgary Business College majoring in Bookkeeping. Irene was very active in the community and made many lifelong friends. She was a long-time member with the CWL (1946), Hospital Auxiliary, Music Festival and found time to help John in their store, North Drum Grocery. Irene also put her talents to work with the law office of Schumacher, Madden and Sparling for a number of years. Irene’s kindness and love of her family and friends will be sadly missed, but not forgotten. Funeral Mass will be held on Monday, March 18, 2019 at St. Anthony’s Roman Catholic Church at 11:00 am with Rev. Father Genogaling officiating. In lieu of flowers, donations may be made to the Drumheller Area Health Foundation/Acute Care of the Drumheller Health Centre 351 9 St NW, Drumheller, AB T0J 0Y1 for all the love and attention she received while under their wings. Courtney-Winters Funeral Home of Drumheller are in care of the arrangements.