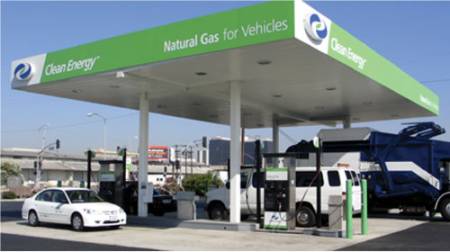 There is a good possibility there will be more activity from Encana in the Clearwater Business Unit, in light of the company’s recent announcement of the ambitious target to double production over the next five years.
In November of last year, Stacey Knull, vice president of Encana’s Clearwater Business Unit told The Mail, the company would be drilling approximately 700 wells in the business unit that surrounds Drumheller, up from 400 in 2009. With Encana’s recent announcement, he says there are expectations there will be more activity.
“We’re working on it right now, and we believe we will be increasing that. We don’t have the final numbers now,” Knull told The Mail. “Every year we increase that because of cost efficiencies and opportunities, so I can see us doing 700-1,000 wells.”
The announcement of doubling output came at Encana’s Investors Day 2010 on March 16. Knull explains much of the expansion will come from existing reserves.
“Our reserves are 100 per cent fully evaluated,” said Knull. “There is an amazing amount of drill hole reserves that we don’t even have in our books yet. For example, in the Clearwater Business Unit we have something like 6,000 CBM wells right now, and we believe we have over 15,000 more to drill.”
“That would take us 20-25 years to drill that many going by 700 wells a year, so we are always looking to increase that and maximize the value.”
The business unit is in an advantageous position because of the relatively low cost of developing the reserves in the area.
“It is different from area to area, but here (Clearwater) for the 15,000 potential wells, there is a set break even supply cost of $4 or less,” said Knull. “If gas prices fall to $4 we just break even, if gas prices rise to $6, then we make some money at that.”
“That is the long term price. That is for the life of the play, for 15,000 wells, the lowest in the industry. Most conventional plays are going to be $7 or $8, and they are going to struggle, where we are going to be able to meet the margins on this.”
With such a vast supply of affordable gas, Encana and other companies are looking at continually expanding the uses of natural gas. One of these projects is using natural gas for its fleet and beyond. Already there is a vehicle in the business unit that runs on natural gas, and there are designs in the immediate future to expand.
"We have approval through our natural gas economy group to start building stations in our business unit," said Knull. "One will be close to Drumheller, and another close to Strathmore. We want to take advantage of where most of our trucks are, and where we can get more fleet people using it."
He said using natural gas for transportation only makes sense on paper and in practice.
"There is a 30 per cent reduction in emissions and a 20-40 per cent savings in costs, less than your gas or diesel would be,” said Knull. “Natural gas and CBM is the cleanest burning fossil fuel out there, so that is good for everybody.”
Looking beyond Encana’s fleet, they are exploring making filling stations available along major corridors, including the Highway 1 and 2 corridors, possibly spanning from Edmonton to Vancouver.

Knull explains many of the vehicles being converted will be dual fuel, so they can run on gasoline when needed, or natural gas.
“As it expands and the world sees how good natural gas can be for transportation fuel, we think more stations will be put in and become an industry of its own,” said Knull.
He points out there is interest from the logistics industry, construction and even cab companies. A conversion to a vehicle can pay out in three to five years. As the demand grows, conversions will become cheaper.
Knull said the next year they hope to have about 150 vehicles in the Encana fleet alone converted, and eventually the whole fleet.
“In Clearwater we hope in a year we will have 50 of our vehicles converted, about 50 per cent of our fleet,”  he said.
“There are 10.5 million natural gas vehicles in the world today, but in North America there are only about 140,000 running on natural gas. We have a huge opportunity here with stable pricing and years of supply. We just have to grab and take a hold of it and get people on it.”
By increasing the demand of natural gas through these kinds of endeavours, it will have a positive effect on job creation.
“Keep in mind there are 3.4 million people in North America working in the natural gas industry. Every BCF (billion cubic feet) the industry brings on, is about 30-50,000 more jobs,” said Knull.
Knull told The Mail currently 70 BCF a day are needed in North America.
“If we can get that demand up to 100 BCF a day, can you imagine how many jobs that could create? I think all of North America would be happy about that,” said Knull. 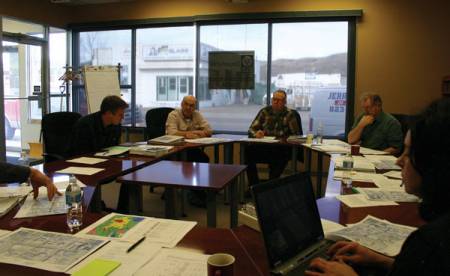 iTrans offers a further parking alternative, taking into account minimal changes to the current parking, which  would enable a better traffic flow on 3rd Avenue in downtown Drumheller.
iTrans, the consulting firm which carried out the traffic flow analysis following Alberta Transportation’s changes to 2nd Street, suggests another alternative would be to implement parallel parking between Highway 9 and 1st Street on both sides, with angled parking remaining as is on the remainder of 3rd Avenue.
This would enable the creation of two lanes in that section of 3rd Avenue to ease the traffic flow congestion, losing 11 parking stalls.
During the Parking Task Force meeting on Wednesday, March 31 at Community Futures Big Country’s offices, Jay Magus, senior project manager for iTrans, explained the life expectancy of this alternative would probably be around five to ten years, after which it will need to be reviewed due to the increase in traffic flow.
Magus highlighted this wasn’t his preferred alternative however, due to safety issues.  He also felt  it didn’t promote traffic flow in the area.
When asked if data was available on the safety aspect of each of the parking options, angled and parallel, Magus said he didn’t have any data on this.
Following the Task Force’s request, Magus provided a collision history data, dated September 2007, for 2nd Street West, showing 13 collisions in a 4-year period with no fatalities and two injuries, eight of the collisions occuring at the Gordon Taylor Bridge.
With this in mind, there was a discussion around the intersection at 2nd Avenue West, the conclusion being that without a gap analysis, it was difficult to determine whether this intersection could be changed without affecting the safety of travellers.
A question had been raised regarding whether a signal would be required in the near-term future at the Centre Street and 3rd Avenue intersection, which currently has a 4-way stop. Magus confirmed no signal would be required as this intersection was operating at acceptable levels for all alternatives.
Bob Sheddy, Real Estate professional specializing in commercial properties, was invited to speak about the impact downtown parking has on businesses based there to the Task Force. 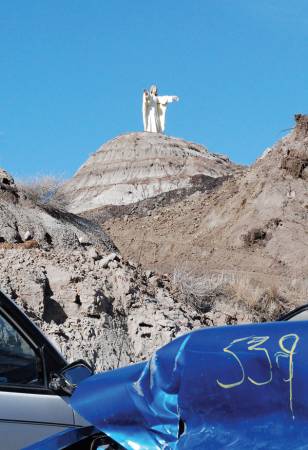 Worries about theft and vandalism has the owners of Valley Auto Recycling contemplating selling the statue of Jesus that has watched over Drumheller for years.
Ken and Andrea Hodgins operate the automobile recycler in south west Drumheller. They have had their share of vandalism and thefts that have cost the business thousands of dollars. To build a fence around the business located at the former Prehistoric Park site is costly, and it may take selling the statue to protect their business.
“We’re going to sell Jesus because we need the money to build the fence,” said Andrea. “We have to do something to keep the kids out.”
Drumheller has been known as the dinosaur capital of the world for years, and before the Royal Tyrrell Museum was opened 25 years ago, one of the main attractions was Prehistoric Park. Nestled in the Badlands, the park contained dozens of models of dinosaurs, many designed and created by Tig Seland. When the park was abandoned, the Chamber of Commerce became the guardian of the dinosaurs, and they are now on display throughout town. Today, the gigantic statue of Jesus and a pterodactyl remain in the hills.
Andrea says the only way to protect their business from the vandalism is to build a secure barrier, which the sale of the Jesus statue could finance.
“They trespass on the property, throw rocks through all the windshields and they drive their motorbikes over our vehicles in the hills. They smash our headlights and taillights, they root through the vehicles and throw batteries through the vehicles,” said Andrea. “Last weekend alone they probably caused us $5,000 to $10,000 in damage.”
It is not just vandalism. She says one night thieves took every car stereo on site. Another night thieves were back for car doors.
"It has been ongoing, but it's getting worse. We are trying everything to get the site barricaded off,” she said. “You put signs up, they tear them down, you put barbed wire up and they just climb through it. They party in our vehicles and we find beer cans everywhere.”
“The bikers and the quaders are just as bad. They want to see Jesus and the pterodactyl and the are ripping up and down our property".
Andrea says she plans to keep the pterodactyl, but Jesus will soon be for sale. The natural question is whether there is a buyer out there for the statue.
“I bet if I go on e-Bay there is,” Andrea laughs.
She says they are open to offers, or any ideas that would help solve their problem of trespassers.