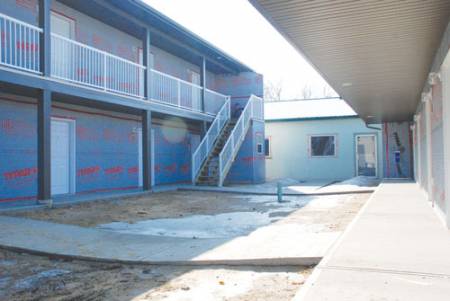 A new development providing affordable housing aimed at AISH (Assured Income for the Severely Handicapped) recipients has opened in Drumheller and it appears the demand for such a facility in the community is strong.
The Norwood apartment complex has opened on 1st Street East in downtown Drumheller, across from the Badlands Historical Museum. The 15-unit complex opened at the beginning of March, and already 10 units have been filled.
There’s a lot of demand for this kind of place,” said Colin Lowden of Studios Alberta, which also owns similar properties in Ponoka and Olds.
The bachelor suites are a modest 325 square feet, and are fully contained apartments. There are two handicapped accessible units that are vacant. Each unit has its own outside entrance that opens onto a courtyard.
Each tenant will have control of their general utilities and are responsible for all utilities with the exception of water, which is included in the rent. Joan McGhee is managing the property. It is located in downtown Drumheller, and in walking distance to many amenities.
The rent is affordable for each unit, and the project was made possible through the Canada-Alberta Affordable Housing Agreement. Lowden says no municipal funding was used in the project, and none was sought.
The goal of Studios Alberta is to provide affordable housing primarily, but not exclusively for AISH recipients. Lowden says in Drumheller there are about 160 people receiving AISH; about 40 percent have mental illness, 40 per cent have a physical illness and 20 per cent have cognitive challenges.
Applications are still being taken for the property through McGhee, at 403-820-0694. or by going to www.studiosalberta.com. 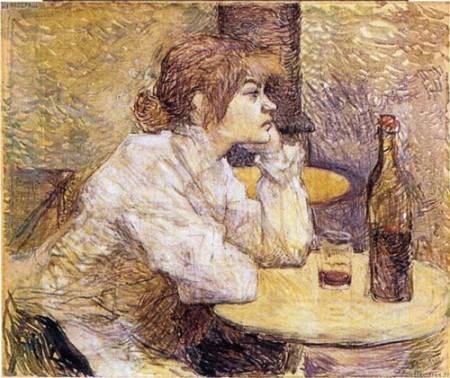 Addictions can still be a taboo subject, maybe more so when they affect women.
“Like Bees to Honey” is a thought provoking play about drug and alcohol addiction among women, and the Kaleidoscope Theatre production of this play will take the audience on a journey people will want to think and talk about, whether or not they have had dealings with addictions.
From the very beginning, the audience is introduced to the brutal reality of alcohol abuse as they witness a traumatic scene when a young drunk girl, played by Jenn Eskeland, is thrown out of a car and verbally abused by a dissatisfied “customer.”  How did she get there?
Then, one by one, five women, from very different backgrounds and varied ages, start to recount their lives.  Their tales will have the audience captivated.
Meet bubbly Kate, played by  Cassandra Knight, who comes from a hard drinking partying Irish family and is studying to be a nurse, to become someone her father would be proud of.
And Jesse, played by Carol Todor, who encounters a party lifestyle as a student which carries on in her marriage. Sara, played by Geraldine Holden, who, every day as a child is confronted by the smell of alcohol on her mother’s breath.
There is Rita, played by Jess Davison, who is sent to New York from Costa Rica at 17 for a better chance in life and is introduced to alcohol by the woman, played by Deanne Zariski, whose child she is paid to look after. And finally Kiesha, played by Courtney Morse, who is having a great time with her boyfriend, always high.
The only male actor, Kelly Bertsch, plays a variety of supporting roles which help place some of the scenes.
At first, their tales seem innocent enough, but as they make excuses for their addictions, their stories seem to mix into one.  The audience witnesses the downward spiral their lives start to take and an uneasy feeling sets in as the brutal reality of addictions is laid bare again.
Each actor makes their character so real that the audience will feel a great sensitivity towards the women, but also a sense of helplessness, as they are silent witnesses to these women’s despair.
When reality comes crashing in for each of the characters, the audience will feel a sense of relief as the women attempt to pull themselves out of the wreckage their lives have become.
Spectators may be left wondering whether Rita, despite her very powerful wake up call, can accept reality without alcohol.
Information regarding alcohol and drugs addiction recovery will be available from a stand after the show.
This production is playing at the Navy League Building, with the last show on Saturday, March 20. 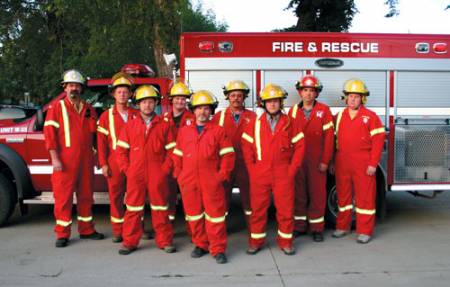 The Rockyford Fire Department has outgrown its fire hall, and is on the way to constructing a new one on Main Street.
The department has been actively fundraising, and according to one member of the department, Robert Koester, they are well on the way to making the new hall a reality.
Eventually it will be there,” said Koester. “We’re in the engineering stages right now.”
“Most of the funds are in place.”

The new hall will be on a corner lot on Main Street in Rockyford, and will be about 60 feet by 116 feet. It will house the newer apparatus as well as provide office and meeting rooms, and a training area. He says the new hall will cost in the area of  $700,000-800,000.
Koester says the need for the new hall is precipitated by the larger modern firefighting equipment. Currently the force has a pumper, a pumper tanker, a bush buggy and two rescue units with vehicle extrication equipment. The force has about 14 members.
“We respond to fires, motor vehicle accidents and we do medical assistance for Wheatland first responders,” said Koester.
The department responds to emergencies from about four miles north of Highway 1 to the south, and to Highway 9 on the north.