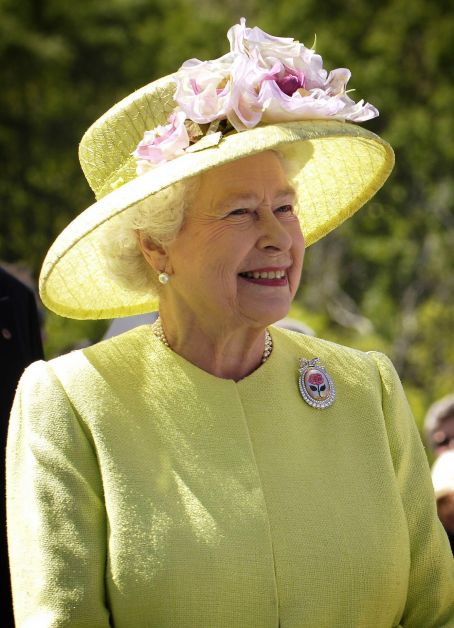 Great Britain and the Commonwealth are in mourning after learning Queen Elizabeth II has passed away after serving more than 70 years on the throne.
The Queen passed on September 8, 2022, as the longest-serving British Monarch, after being crowned in 1952 at 25. She was 96 years of age when she passed.
In Drumheller, flags were lowered to half-staff following her passing but raised on September 10 to mark the accession of King Charles III to the throne. They were then lowered again at sunset and will remain as such until the day of Her Majesty’s funeral.
Many in Drumheller remember The Queen with fondness.
In May of 2020, the Mail brought readers the story of Debbie Grande hoping to enjoy tea at a Royal Garden Party at Buckingham Palace. She received the invitation, but because of COVID-19, it was postponed. She kept trying, however, and earlier this year, she was emailed and told there would be no tickets issued to visiting Canadians this year.
She has been an avid royal follower since she was a child.
“She has been The Queen all of my life. When I was born, my dad would say, if mom would have waited 10 more minutes, I would have been the coronation baby,” said Grande.
She admired The Queen throughout her reign.
“She has done so much for the Commonwealth, and for Canada. She is just an amazing lady. If everybody could live their life like her, with love. She showed me depth and dignity, and she embraced the world. She is just an amazing lady,” said Grande. “I always admired her, she just touched my heart.”
She hopes to reapply to attend tea in the future.
“Maybe now we will have tea with William and Kate, the new King and Camilla,” she said, adding she feels Charles will have a successful reign.
“I listened to his speech, and he has been training for this since he was born basically, and he spoke very well. I think he will be a good King, and I believe Camilla will be a strong support for him too.”
Bob Hannah had the opportunity to meet The Queen and almost never took it.
Hanna was serving as president of the Legion Command in 2005 when Queen Elizabeth II visited Alberta. His office received a request from Prime Minister Paul Martin’s Office that he be a guest at the Queen’s Table in Edmonton.
“I didn’t want to go,” he chuckled in hindsight. They didn’t take no for an answer, however.
When he attended, he was still apprehensive and took a spot he felt was inconspicuous.
“She came in and walked past me, but then all of a sudden turned around, saw my medals and came back and had a chat with me about my experience. When she finished with me, she started walking away, and then made an about-turn again and came back to me. I tell you my pacemaker was going 90 miles per hour, I was sure I did something wrong. She came back to me and said, “They’ll never quit, will they?” (referring to the Israel/ Palestine conflict).
It was certainly a memorable experience and changed his stance on the Royal family.
“I didn’t care so much for royalty before I met her. But meeting her was fantastic,” he said.
“She served during the Second World War, she was a mechanic, and knew how to take an engine apart. She was a driver too.”