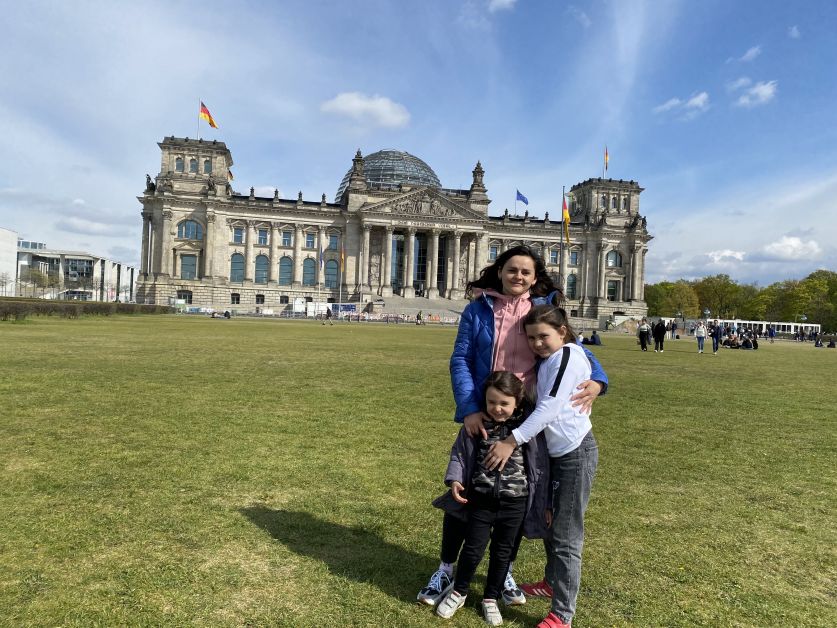 As Russia continues its aggression in Ukraine, destroying infrastructure and lives, and tearing apart families, some have had the opportunity to start anew in Canada.

The conflict in Ukraine has been going non-stop since February, although now the fighting is more concentrated in the eastern regions.

Kimberlee Groves settlement counsellor for the Drumheller-Hanna area for the Brooks & County Immigration Services (BCIS), says it has been a busy time in the valley, working with new families who are making Canada their home during this time of conflict. She says the community has been very accepting.

“I feel the community is welcoming and very supporting,” she tells the Mail.

She says a quick count reveals she is working with about 15 individuals. She says because there is still an order in Ukraine for men between 18 and 60 to remain in the country to fight, many are mothers with children settling in the valley.

“Most of them are connected with families in Drumheller, But I do have one family that is being sponsored by a local family here,” said Groves. More are arriving this summer.

While many in the community have been supportive donating items for families in need Groves says housing is going to be an issue going forward.

“One thought has been, do we reach out to the community and see if people are interested in having people live in their homes?" Groves said, noting this has been a strategy that has worked in other communities.

“Right now everyone is housed, but I think if we get more, what is that going to look like?”

Tanya Ivanchenko arrived just two weeks ago with her daughters 5 and 9 and is still recovering from the time changes. She is from Poltava, which is central. It is about 120 kilometres from Kharkiv, where very heavy fighting is taken place. During the first month of the conflict, the front was approaching her home community.

“All cities, ven now are being bombed, for all Ukraine,” she said.

She had to leave her husband and extended family, and she and her daughters first fled to Germany in March before coming to Canada.

So far her daughters have enjoyed Drumheller.

They enjoy the daycare, they have a lot of fun with Canadian girls, and they go to the swimming pool and fountain,” said Tanya. “It is a happy time for them. Because the last four or five months, we just stayed at home in Ukraine.”

They were planning to come to Canada in 2018 because her husband has friends in Edmonton, but they were unable at that time.

She came to Drumheller because there was work at the newly opened Happy Dino Play Care Centre.

Goves says so far, many have been able to find employment but some may be seasonal.

She says they have great community support. One example was the donation of bikes. Brad LeDrew put a call out on Facebook for bikes for an arriving family. Mike and Carol Todor purchased a new bike helmet and lock. Kim and Allen Smith also donated two new bikes and Canadian Tire donated three helmets and a bike lock.

LeDrew then had four more used bikes that he pieced together and put them up on bidding wars, with the funds raised to go to three Ukrainian families.

Groves is looking for some support in managing donations.

“ I am seeking a non-profit organization that is willing to take us under their wing. I would like to work with and connect to an organization willing to support the Ukrainian families here and take in donations/fundraising money that we have received already and hopefully in the future receive. Be a place we can turn to issue the funds to families when needed or requested. If organizations are wanting to be involved, they can call me on 403 978 9100.”

In the long term, Tanya would like to make Canada her home and says people have been helpful.

“ All the people have been so nice. It is a good place to live.”