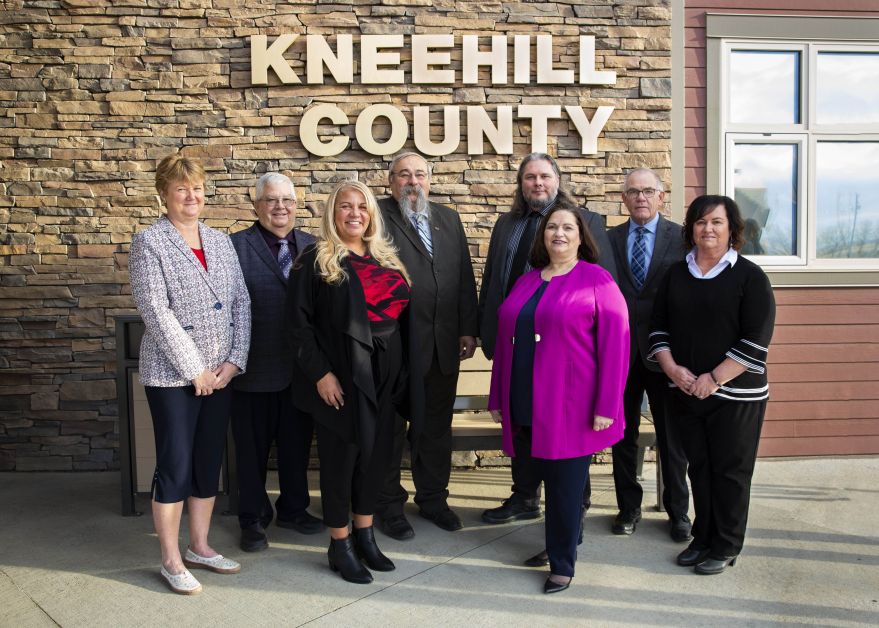 Kneehill County administration was directed to bring back the draft 2022 Operating and Capital budgets following a presentation during the regular Tuesday, March 8 council meeting.
Director of Corporate Services Bill McKennan gave a very thorough presentation of the proposed $26,440,923 million budget, outlining several of the challenges the county is facing in 2022 and how administration is proposing to handle shortfalls in the coming year.
“Kneehill County was recognized (by the Government Finance Officers Association) for its 2021 budget,” Mr. McKennan noted during his presentation. “Kneehill County was the only new recipient (of the GFOA’s Distinguished Budget Presentation Award) in Alberta in 2021, which is icing on the cake so to speak.”
He explained Kneehill County has previously used nine other county municipalities to provide a “snapshot” comparison of Kneehill County against other municipalities across the province.
Of the municipalities considered comparable, including the neighbouring counties of Mountain View, Red Deer, Starland, and Wheatland, it was determined the residential tax rate of 3.14 per cent was within the bottom end, and well below the province-wide county average of 4.31 per cent. Farmland tax rate was also at the bottom end of other counties which are also agriculturally driven at 9.52 per cent compared to the provincial average of 12.89 per cent.
However, the non-residential tax rate of 15.21 per cent was one of the highest--with only the counties of Flagstaff, Beaver, and Starland having higher non-residential tax rates; it was also marginally higher than the province-wide county average of 13.89 per cent. Mr. McKennan shared this could be something council may want to look at, though noted some counties in the province have set their non-residential tax rates at upwards of 25 per cent or higher.
There have been some budgetary pressures the county has been faced with since 2020.
Beginning in 2020, the county lost some $1.9 million in revenues due to taxation changes of shallow gas wells, along with an additional $160,000 in expenses downloaded onto municipalities by the province for policing services.
Mr. McKennan explained this expense will continue and, by the time it is fully implemented in 2024, it is expected to cost Kneehill County some $480,000.
He also noted there is a reduction in the provincial Municipal Sustainability Initiative (MSI) grant funding which will equate to some $1.8 million between 2022 and 2025; it was recommended, to reduce the stress on the budget, to spread this loss over the next three years rather than in a single year.
There are also four one-time project funding requests, including a rural road network study and aerial photography to assist the Planning and Development department, totalling $147,000.
Mr. McKennan explained to council they could choose to move forward with these projects or defer them to another year as these are being funded through the 2021 budget surplus of some $1.3 million; deferring these projects would help alleviate some budgetary pressures in 2022.
There are also some new county initiatives with both one-time implementation charges and ongoing operating costs estimated at some $670,000; this includes $20,000 to replace the existing server at the Kneehill County administrative office with a cloud-based server and purchasing some $11,800 in equipment to provide county Peace Officers with body cameras.
Some $1.78 million in capital projects have been proposed in 2022 including $200,000 for major bridge maintenance, $15,000 in development for a parking attendant booth at Horseshoe Canyon, and $78,000 to upgrade a grader shed in Redland.
Based on the draft core budget there is a projected shortfall of some $486,000 and Mr. McKennan explained this shortfall will need to be funded either through service level changes, tax rate increases, or draws from reserves.
Administration was directed to bring back a finalized 2022 Operating and Capital budget for consideration at a future council meeting for consideration and approval.