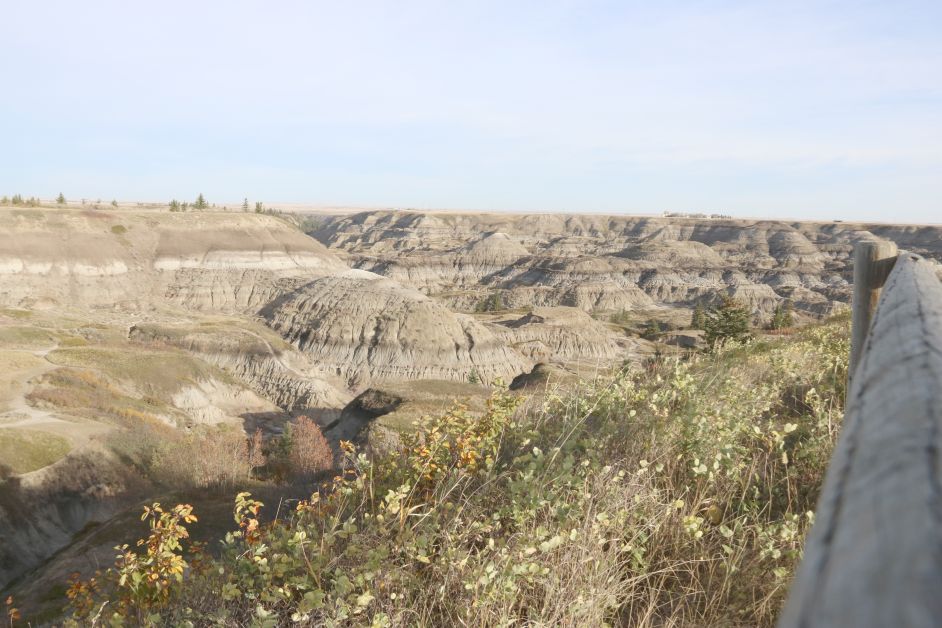 Kneehill County is looking to continue its Pilot Pay for Parking program for Horseshoe Canyon and may make some tweaks in the coming season.
Kneehill council discussed the pilot program at its September 28 meeting.
“It was sort of a bad year to gauge any opportunity there with COVID… it has not gone away, and we don’t have the tourist traffic we normally have,” said Reeve Jerry Wittstock, adding extreme weather, and lack of international traffic also affected the attendance numbers.
Last summer, the county staffed Horseshoe Canyon with two parking attendants from Thursday to Monday from 11 a.m. to 5 p.m.
For the 76 days they were on-site during the season, there were 7,696 total vehicles. The vast majority were from Alberta (88 per cent), next were from BC (6 per cent).
The project was budgeted for $40,000, but came in considerably lower, with expenses of just over $20,000. It brought in about $17,500 in revenue.
“You don’t gain much money on recreational activities, it’s something that you do strictly for recreation. You don’t make any money on swimming pools, you don’t make any money on arenas, but is something you provide because people use these things,” he said. “That’s what it takes to bring people to your community.”
He says there are some tweaks they could make to the program that might make it more profitable. He notes, often when starting at 11 a.m.,there were many cars already in the parking lot.
“We’ll change it up a bit next year, and with any luck, next year will be normal, if there is such a thing as being normal,” said Wittstock.
A main advantage of the program was having staff on-site to answer questions, as well as look after the site. During that time they had a good relationship with Travel Drumheller, who had ambassadors at the site. Council would like to have Kneehill ambassadors working at the site. They also see the potential for kiosks and food trucks at the site. Last year there were no applications taken out to offer these services.
“Usually on the weekend when there is high traffic there, we really didn’t have anyone there, except in this past year. It worked out very well, because we didn’t have to send a crew there to do an emergency clean up because the people there were taking care of that stuff. We are looking forward to doing this again and getting a little more information,” said Wittstock.
Kneehill council passed a motion to include provisions for paid parking and ambassador program at Horseshoe Canyon in the 2022 budget.