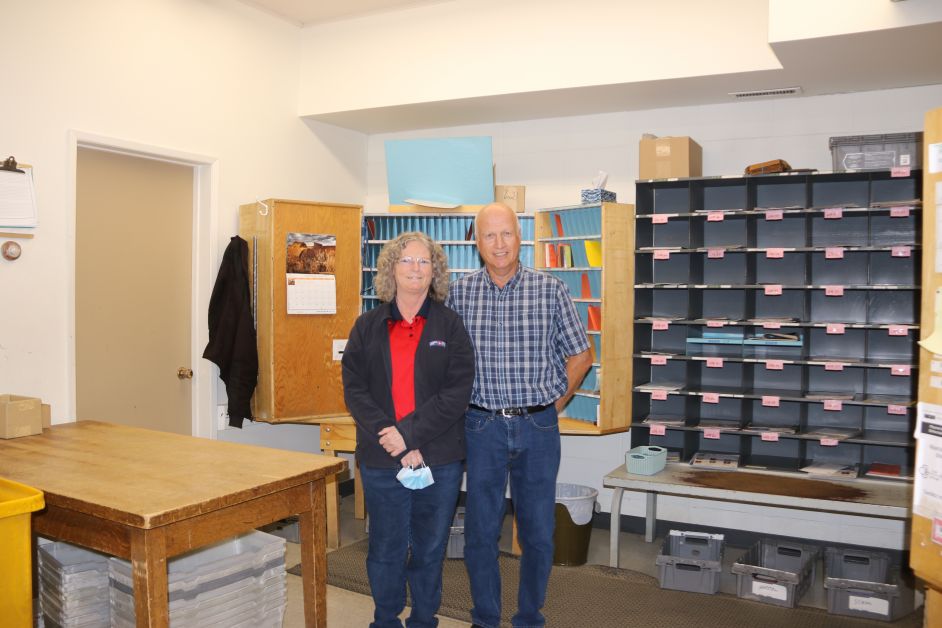 For literally decades, Al and Florence Hodgson have been the people hundreds of residents have trusted to receive their mail and packages, but that era is coming to an end.
Together the couple has spent literally decades working for Canada post, but this week Florence is stepping away from her work station, and stepping into retirement.
Al started with Canada Post temporarily more than 45 years ago. He remembers it was January 2, 1975.
“Helen Hislop was a postal clerk at the time, and she got married at Christmas time, and she quit her job. I had my name in at the Manpower Office. I got a phone call right after Christmas and was asked to go down and see the postmaster Gordon McPhee,” explains Al.
He was asked to start work in the new year. He was hired on as casual, and by the spring, he was hired on full-time as a postal clerk.
“I must have done alright in those three months working there,” he recalls.
That began a career that spanned more than three decades.
In around 1989, as their kids grew and were in school, Florence re-entered the workforce, as a contractor for Canada Post, delivering to the new super boxes.
In 2004, the Rural and Suburban Mail Carriers entered their first collective agreement, and she was no longer a contractor but an employee.
“I really enjoyed the job, except the cold winters,” Florence tells the Mail. “I met a lot of people.”
When Al retired on his birthday in 2008, he still kept coming to the post office every day, but now he was working for Florence.
“I have been going to the same building for 46 years and nine months, but I wasn’t actually an employee since 2008,” he said “I went to help my wife Florence with her job.”
“She has what they called 0Y1, 0Y2, and 0Y3 postal codes. Florence did the north side of the river and I did the south side of the river, I was just her helper.
The partnership has worked out well, and Florence says he was a pretty good assistant.
“He even worked on the days that I was sick, or if I just wanted to go shopping with my sister, I wouldn’t have to worry about it,” said Florence.
Mike Brown of the Drumheller Post Office said it has been a pleasure to work with the Hodgsons for all of these years.
As far as retirement, the couple will keep busy with their grandkids and also hope to do some more travelling when things open up.