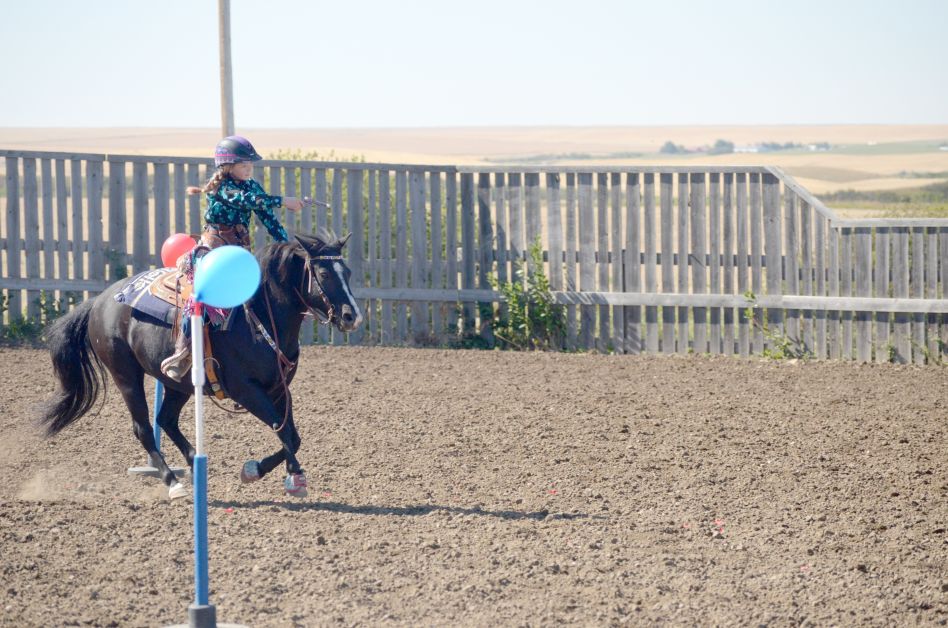 Cowboys of all ages came out to the Prairie Mountain Livestock Arena near Rumsey to compete in a mounted shooting event on Saturday, September 4 and Sunday, September 5 to support STARS air ambulance.
This is the third Prairie Mountain STARS fundraiser, with the previous two fundraisers raising more than $4,200 for STARS.
“We are doing three stages of mounted shooting, and three STARS fun classes through the weekend,” says event organizer Myrna Anderson.
This year the goal was to raise $5,000 and prior to the weekend’s festivities the group had raised nearly half the amount through donations from local businesses, and $1,000 raised from a virtual auction. All entry fees from the weekend’s competitors were also donated towards the fundraiser.
Anderson says the fundraiser began after her husband Blair, who is also a mounted shooting competitor, had a horse riding accident in 2009, in a remote location which left him with a broken back.
He was transported to hospital by STARS air ambulance, and Anderson says were it not for STARS’ quick response time her husband would have been left paralyzed from the accident.
Blair Anderson was one of the riders who competed in the weekend competition. 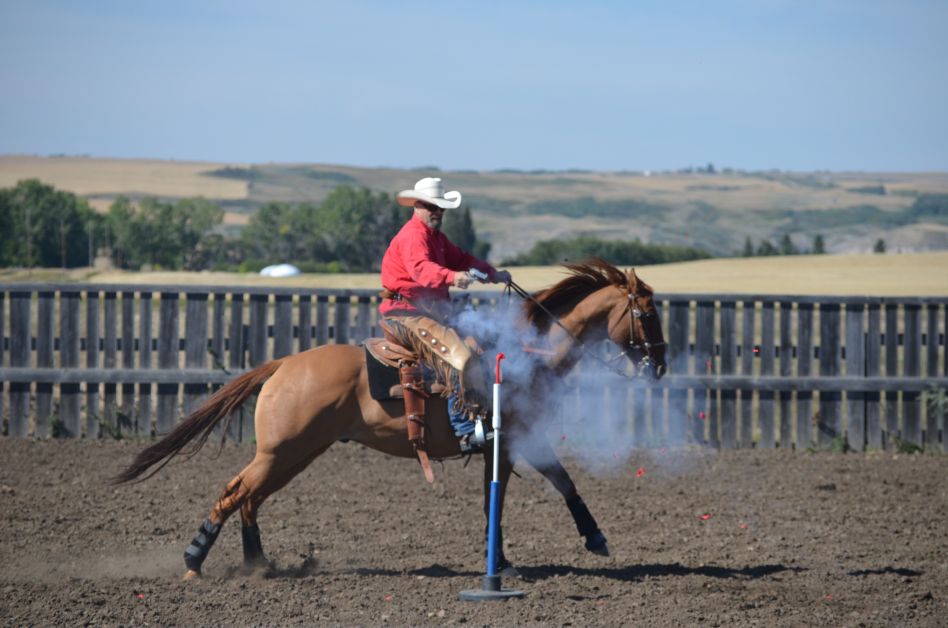 Although the turnout for the fundraiser was lower than in previous years, Myrna said she was still happy with the number of competitors and spectators who turned out, despite COVID-19 restrictions.
The competition featured riders of all ages, the youngest being only three years old, and the oldest 77-the riders under 18 were not permitted to shoot the blank rounds at the balloon targets due to mounted shooting competition rules and regulations.
Rather than cash prizes, riders competed for the Mens and Womens Overall Champion buckles.

Update: The Prairie Mountain STARS fundraiser raised a total of $5,339.50 for STARS air ambulance according to event organizer Myrna Anderson.