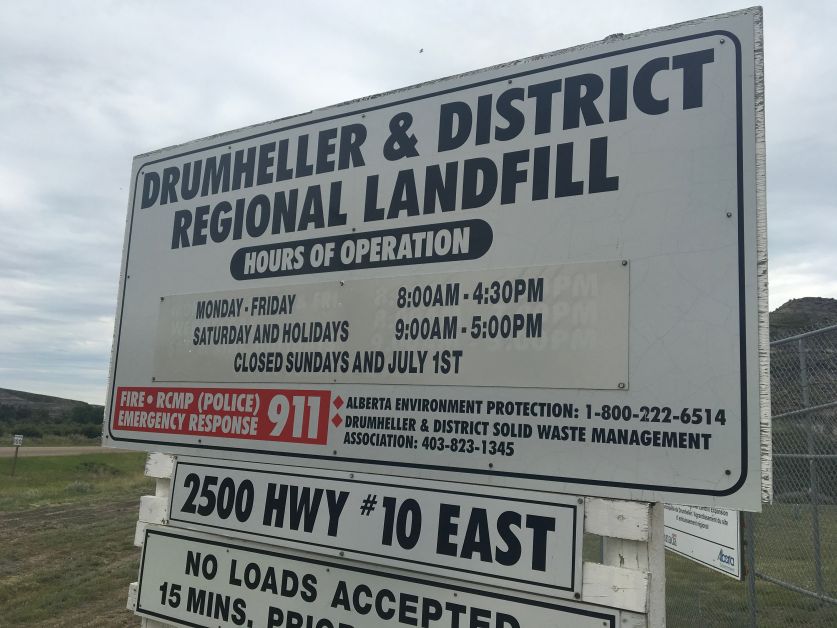 DDSWMA manager Tammi Nygaard explained two government departments would pay for the disposal of HHW, Alberta Environment, and Alberta Infrastructure. The Swan Hills Treatment Centre has also decided to stop accepting HHW and focusing on biomedical waste and PCBs. Alberta Infrastructure decided it would no longer fund the program.

This has left waste management associations looking for a place to dispose of HHW, and a way to pay for disposal.

“Alberta Environment is still going to provide funds for the transportation and consolidation, but now the actual disposal will be on the backs of the municipalities and commercial generators,” said Nygaard.

“Going into this, I got really concerned because they knew if we stopped this program, it would mean this stuff would end up in our ditches, our waterways, and our municipal water system, and it is going to be very detrimental to the environment,” she said.

Industry associations have been lobbying and are scrambling to find places for this material. There is a plant in Saskatchewan and some in Eastern Canada, but much will end up stateside, which can add cost and logistical concerns. She says disposal costs have increased by 78 per cent.

She said to combat the extra costs, DDSWMA is looking closely at how it manages HHW. This year it held its annual round-up and was able to have it processed before the change came into effect.

“Now we really have to educate our staff and make sure they understand what actually is hazardous waste and what is not,” she said. “There are some things we can solidify like glues and adhesives that are environmentally friendly.

With agricultural waste, they can look at taking advantage of the Clean Farms Waste Round-up, which comes along every three years. This year the round-up is Southern Alberta this fall. She encourages producers to take advantage and dispose of their chemicals and fertilizers at this time.

She says the long-term solution is an extended producers program. This has been introduced in other provinces, and it is where the manufacturer is responsible for the product.

She says there is pending legislation expected later this year, however, they are still working out many details, and it will still be a couple of years to have it in place. She is concerned it will only target residential but not commercial, where much of the packaging comes from. She is also concerned it serves rural areas.