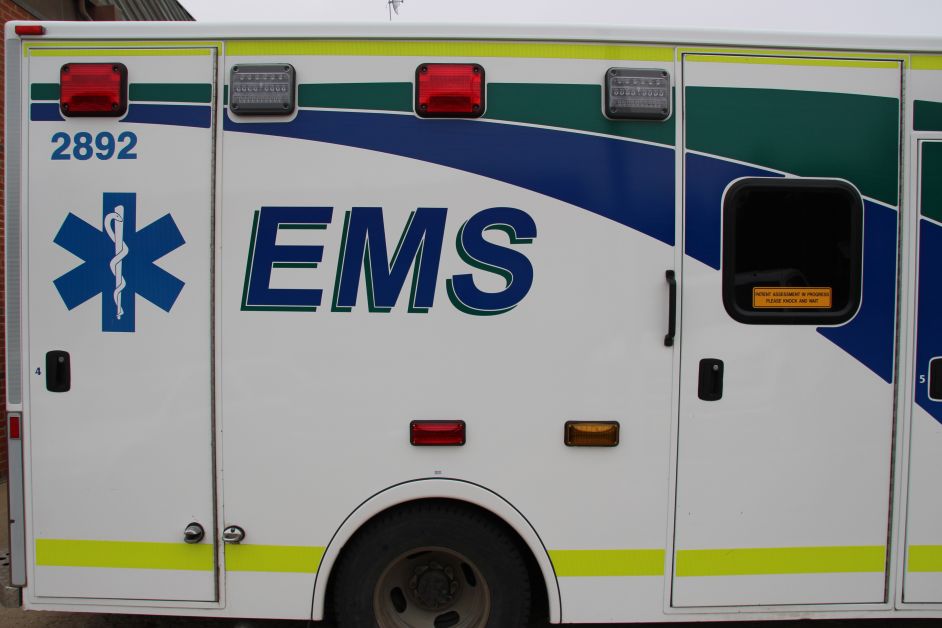 On January 12, the Alberta Health Services is planning to centralize ambulance dispatch, however, some municipalities are hoping the government will intervene.
Last week the City of Red Deer placed an ad in The Drumheller Mail urging residents to write the premier to keep emergency ambulance dispatch local.
Currently, ambulance and fire dispatch in Drumheller is handled through Red Deer. With these changes, fire dispatch would still be handled through Red Deer, but EMS would be dispatched through Calgary.
Mayor of Red Deer, Tara Veer says they have been disputing the changes since they were put on notice in August of last year.
“We are concerned because the consolidating of dispatch means the end of integrated emergency dispatch and will have life and death consequences for the people of our region,” she said.
One of her concerns is the potential lag time if an ambulance cannot respond and an emergency first responder, such as a fire department, needs to be dispatched.
“Our concern right now is we have an integrated emergency response system where many times an ambulance isn’t available because of capacity issues with ambulance. Because we have integrated dispatch, we can often send a medical first responder unit through a fire truck to make sure someone in a life and death situation can at least get some emergency care while waiting for an ambulance to transfer them,” she explains. “With siloing of dispatch and all ambulance calls now being proposed to be routed through the south centre in Calgary, means the local knowledge and geography will be lost, but above all the fire medics won’t necessarily be aware an emergency call has come in because that call will only be routed through the ambulance and therefore not be able to respond in a timely manner.”

She said many communities that have been part of consolidation in the past saw issues in service.
“There are many mayors throughout Alberta who have gone on public record saying there has been a degradation of service. That the super centre call answer times are longer on a 911 call than the local regional centres, and they do not always recognize to bounce the call back to call in fire,” she said. “The Minister of Health has indicated protocols could be put in place for that, but the lived experience of other communities indicate AHS does not recognize to do that and is of deep concern for the health and safety of every Albertan.”
According to the AHS website, there will not be any service changes.
“Nothing will change with respect to the process for dispatching Fire/Rescue or Medical First Response (MFR). The instant Computer Assisted Dispatch (CAD) to CAD interface with the four municipalities currently used to request Fire/Rescue or MFR response will remain in place. The CAD to CAD interface model was implemented in 2011 and has performed with minimal interruption. The interfaces successfully manage tens of thousands requests annually for medical first response,” state the website.
Reeve of Starland County Steve Wannstrom says with anything new he has concerns about the transition and says they don’t know all the fine details. He is more concerned about making sure there are enough ambulances in the area to efficiently respond to emergency calls.
Veer says those concerned can contact the Premier.
“We are strongly urging citizens to write to the Premier. The Minister of Health has indicated he will not be overturning AHS,” she said.
“We have appealed, on behalf of the regions served, to the Premier and asked him to overturn AHS.”
For more information, she directs residents to go to www.redeer.ca/secondscount