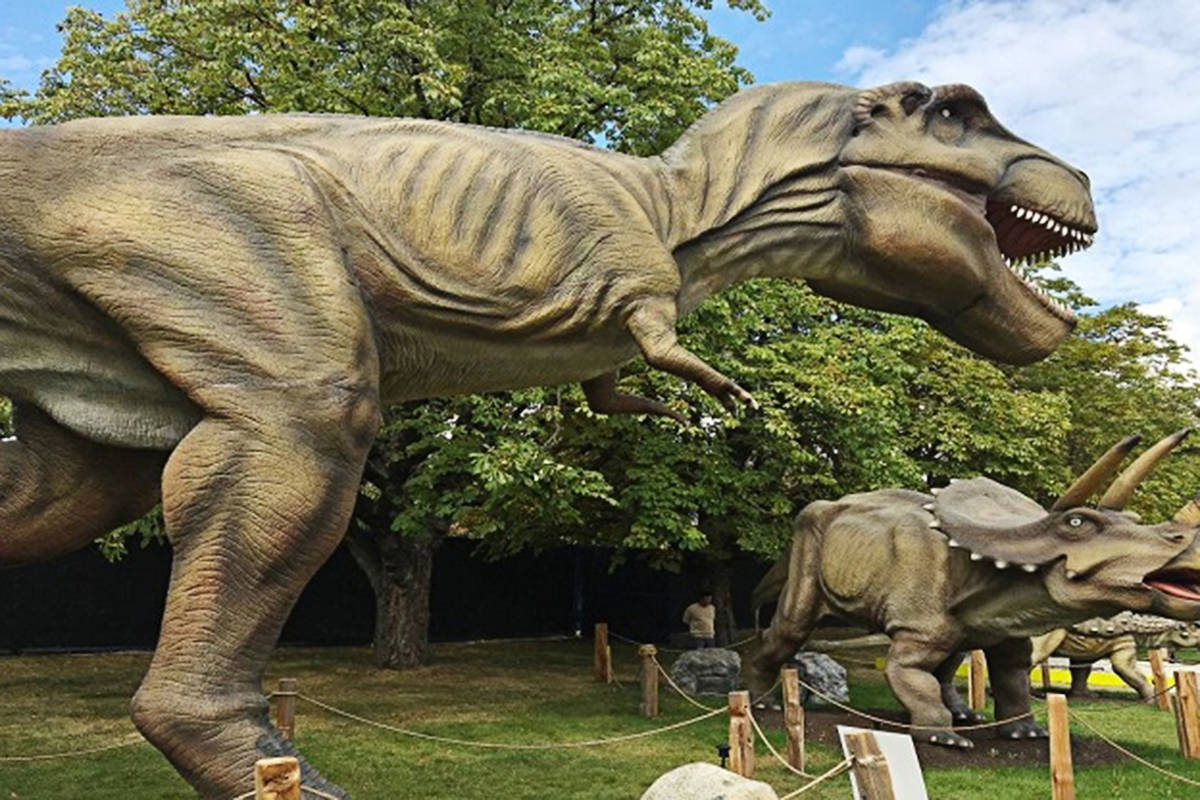 One traveling dinosaur exhibition company’s misfortune meant the addition of some new dinosaurs for the Drumheller and District Chamber of Commerce.

More than 500 items curated from the dinosaur exhibition company, including fossils and cast replicas, lighting and sound equipment, were up on the auction block on Thursday, August 6. The main attraction, however, were the more than 70 animatronic dinosaurs.

Further comment and details about the item(s) purchased by the Chamber were unavailable.

While the animatronic dinosaurs do break down into smaller pieces to make transportation easier, some of those pieces are still rather large.

According to Able Auctions CEO Jeremy Dodd, one of the Tyrannosaurus Rex up for auction had a “head the size of a small car.”

No date has yet been announced for when residents can expect to see the procured dinosaurs arrive in Drumheller.