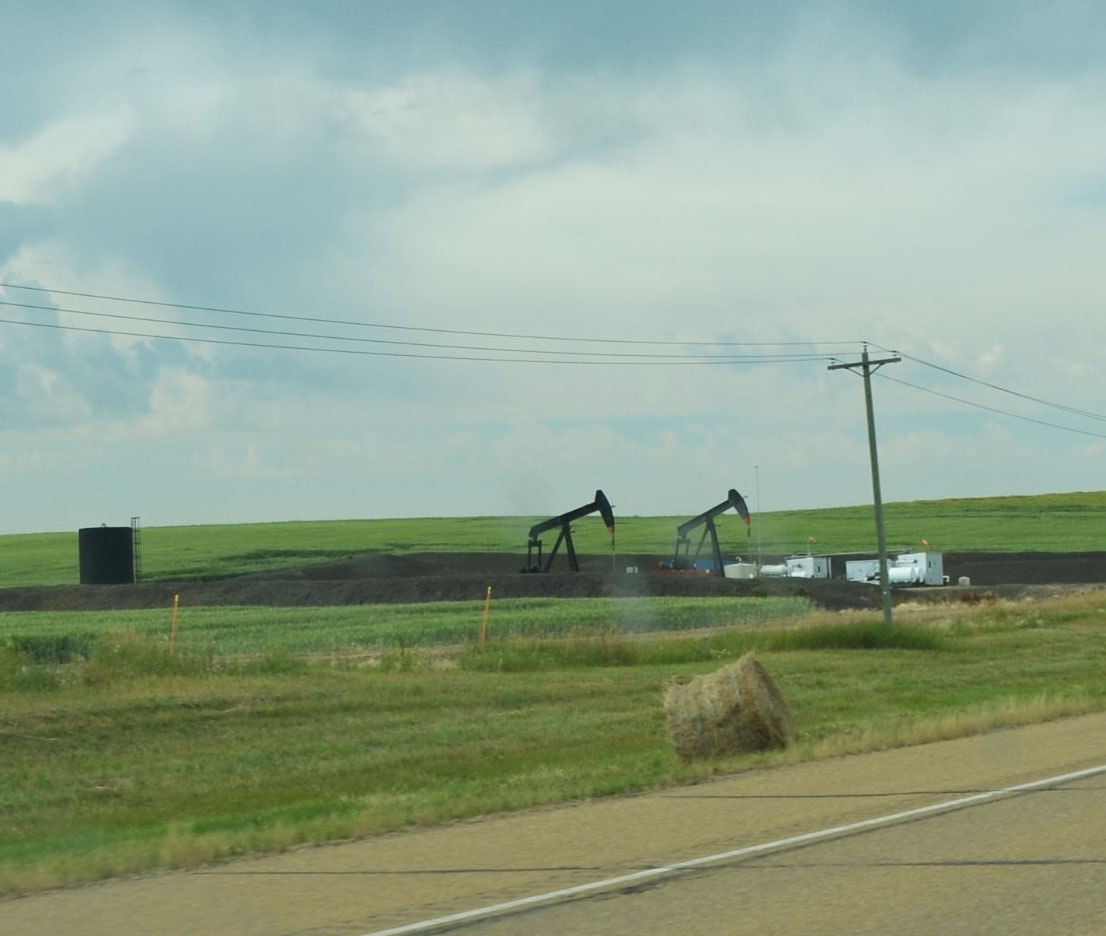 Across the province, municipal districts and counties are protesting and lobbying proposed changes to oil and gas assessments by the Alberta government.
The proposed changes would impact the financial viability of many rural counties, forcing tax increases while also forcing reductions in services and support.
In a letter to Premier Jason Kenney and Minister of Municipal Affairs Kaycee Madu, penned by Starland County Reeve Steve Wannstrom and signed by council members, “The proposal will put many municipalities’ viability in jeopardy and will leave rural residents with no one to look after the infrastructure the municipalities have invested in over the years.”
Starland County is not the only county unhappy with the proposed changes.
Staff and council members from County of Stettler, including Reeve Larry Clarke who spent 32 years in the oil and gas industry, attended a protest at the Alberta Legislature on Thursday July 30.
And, on Tuesday, August 4, representatives from the counties of Kneehill, Starland, Stettler, and Paintearth met with their respective MLAs, Olds-Three Hills MLA Nathan Cooper and Drumheller-Stettler MLA Nate Horner, to lobby against the proposed changes. In attendance were also representatives for the Rural Municipalities of Alberta, and the Municipal District of Provost.
News releases from the three counties shared similar sentiments regarding their support for the oil and gas industry, but not the proposed changes.
“We at (Kneehill County) fully support the oil and gas industry, but the changes the province has proposed is not a viable solution to help that industry,” said Kneehill County Reeve Jerry Wittstock.
Reeve Clarke told the Mail only four major companies would really be affected positively by the change. According to Clarke, “Struggling small to mid-sized oil and gas companies--the ones that live, work and support our communities, may actually see tax increases.”
The proposed changes would not assist companies struggling to keep afloat and, Clarke noted, would “give oil and gas companies with $500 million in assets a tax cut on the backs of a rural municipality with an operating budget of $24 million.”
County of Stettler had approximately $4-million in unpaid and uncollectible taxes remaining from 2019, most of which came from oil and gas properties. The proposed changes, if put through, could lead to an additional $4-million in losses--equalling one third of the county’s entire operating budget.
“This is very unfair to rural Albertans to have to take the brunt of oil and gas tax relief,” Reeve Clarke told the Mail in a recent phone interview.
In his letter, Reeve Wannstrom said, “Rural Alberta voted for this government, and now we are being told we are not viable and that big oil is more important than rural Albertans.”
He added the forced taxation increase to make up for the lost revenues “will drive business and residents away, and will make it impossible for us to attract any new investment in the municipality.”
Drastic cutbacks to operating expenses would mean reduced services while residents would simultaneously be forced to pay more for less. It could mean important infrastructure such as water and sewer are left unmaintained, cuts to fire departments across the counties leaving residents at risk, reduction in funding for schools, seniors, and family supports, and more.
The impacts could also extend to agreements with urban neighbours.
“We are fully aware of the current environment the oil and gas companies are operating in, but municipalities and their residents are strong supporters of this industry,” Reeve Wannstrom noted in his letter. He added, “We do not want to see companies disappear and go bankrupt, but this proposal seems to state it is either oil and gas that survives or rural municipalities.”
Rural counties are encouraging residents and ratepayers to engage with their local MLAs ahead of the proposed changes becoming a final decision.
“Once the decision is made--which should happen in the next few weeks--it will be virtually impossible to reverse,” said Reeve Wittstock.
Rural Municipalities of Alberta (RMA) sent out a press release on Monday August 10 stating the RMA is “extremely concerned” with the current proposed changes and the “potentially devastating impacts on rural Alberta.”
RMA President Al Kemmere said in the release, “The proposed changes prioritize reducing industry costs with little focus on municipal impacts. Some in industry and government view municipal taxes as a barrier to economic development. In reality, municipalities manage the roads and bridges that allow access to resources and provide the services oil and gas companies and their employees rely on.”
Kemmere went on to say, “These changes simply don’t work from a municipal viability or an industry competitiveness perspective.”
Rural counties are working with the RMA to engage with the province to lobby against the proposed changes as the impacts will affect rural counties and municipal districts across Alberta.
For more information, please contact your local MLAs:
Nathan Cooper, MLA
Olds-Didsbury Three Hills
Phone: 403-556-3132 or 780-427-2464
Email: OldsDidsbury.ThreeHills@assembly.ab.ca