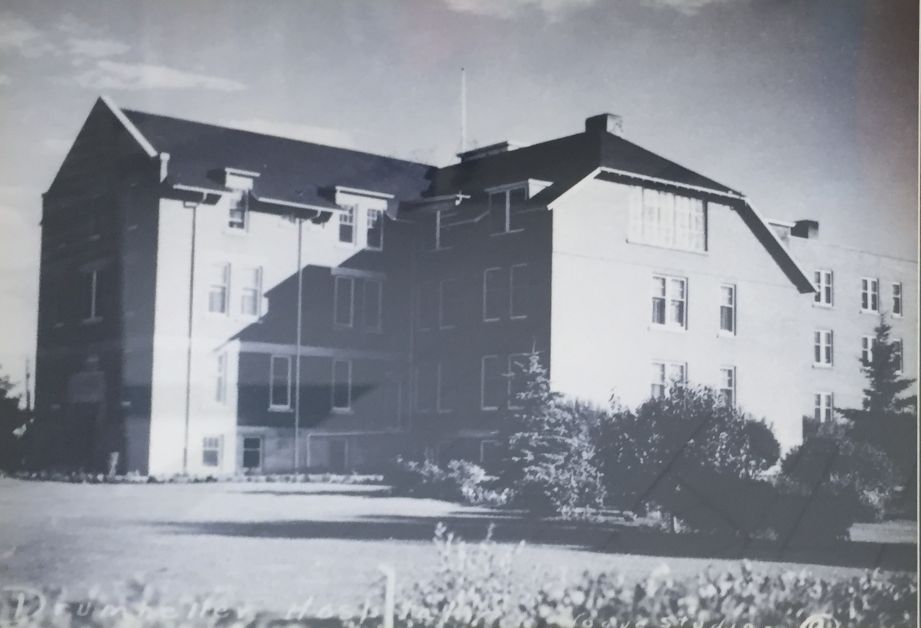 In July 1920, a celebration lasting two days was held in the valley for the opening of the Drumheller Municipal Hospital. The event included a luncheon, a grand opening, and a grand dance at the Napier Ballroom.
This was the culmination of years of hard work, and one of the visionaries for the hospital was a humble farmer from the Pope Lease area who saw the need during the 1918 pandemic.
Linda Adams, who was a nurse at the Drumheller Health Centre brought the Mail the story of her grandfather George  Webber. Her mother Mary Jane Coulbourn had recounted his story in the Memories-Yours and Mine, history book published by the Hesketh-Pope Lease Historical Committee.
In the fall of 1918, the pandemic known as the Spanish Flu began to surge in the local community. George Webber had bought a 490 Chevrolet touring car and put it to use serving the area. His wife Bessie would spend days preparing food suitable for people who were ill. Each morning Webber would load up the car with the meals, as well as ample Aspirin and whisky by the case. He would visit homes in the area protected only by a cheesecloth mask doused in eucalyptus oil, deliver the food, and his brand of “medicine” to the family and many bachelors.
She notes that “some of the patients, because of personal convictions, were a bit reluctant to partake in his whisky potions, but they usually yielded to persuasion, and as I remembered, all recovered.”
Coulbourn also recalls him often saying “When this epidemic is over, I’m going to work to get a hospital.” 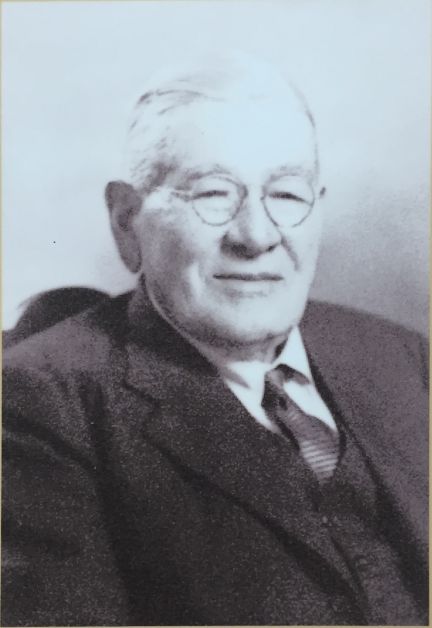 In late October George was struck by the flu pandemic, however using his own brand of medicine, he was back up and about the house.
“The very first day he was able to be out of the house was a very vivid memory to me… In a matter of minutes, Haymond’s (neighbour) car coming from Drumheller drove by on the road with flags and horn blowing. Dad explained the War was
over and Armistice had been signed,” Coulbourn writes.
It was not long after Webber got down to business working to build a hospital in Drumheller.
This took many trips to Edmonton and work to persuade residents and provincial officials of the need for a hospital. A board was formed and he was elected as one of the members.
In September of 1917 proponents were able to persuade the government any hospital built in the area should be located in Drumheller, in close proximity to the mines. At a meeting on January  8, 1919, Webber was elected chairman and Harold Brown was appointed secretary-treasurer. The board recommended the land immediately east of K. Miller’s residence in Parkdale, owned by Mr. Gaudet Audy, be the site of the hospital. An architect was appointed and they sought approval for the design from the Provincial Department of Health. In February the local unions passed a resolution to support the hospital. In June 1919 they entered into the construction contracts, with the project coming to $62,077.
The construction was complete and the grand opening was held on July 15, 1920.
The hospital went through many changes over the years including the addition of various wings, renovations, and expansions.
In 1963, authority was given to renovate a wing built in 1956, however, the estimated cost exceeded the cost of new construction. In 1970 a new hospital was built on the site.
This served as the primary health facility in the valley until 2002 when Drumheller Health Centre (DHC) relocated to the current site, and a bigger and more modern facility was built all on one floor. Along with this new location came new services including a CT scan, to complement other modern and needed diagnostic equipment.
“We can provide treatment to more complex patients than we have in the past as our expertise increases. At the same time, as part of Alberta Health Services’ Central Zone, our site is one in a strong system of healthcare facilities that benefit from the expertise and capabilities of others. In Drumheller’s case, the site’s proximity to Red Deer and Calgary allows health professionals and patients to benefit from clinical specialties available there,’ said site leader Nathan Banda.
The hospital also houses the Drumheller Community Cancer Centre, which allows residents to get many of the treatments they need close to home.
Support for the Drumheller Health Centre has been strong over the years.

“Our donor community, led by the Drumheller Area Health Foundation, has played a vital role in supporting healthcare services, especially in palliative care, labour and delivery, long-term care, and the operating room. We are also blessed to have a growing, collaborative relationship with the Town Of Drumheller. We are incredibly grateful for the support of our community,” he said.
“As we celebrate the centenary of the Drumheller Health Centre, we thank our physicians, staff, and volunteers for making this facility successful.  Over the years, we have benefited from dedicated and expert teams who are committed to the site and their community. They are the heart of DHC.”
As for Adams, she graduated from nursing in 1965 and worked at the Drumheller hospital from 1967 to 1969, and continued her career later at the new Health Centre.
My mother was so proud of me for coming home to work in my Grandfather’s hospital. It was so important to her and said my grandpa would be so proud.”