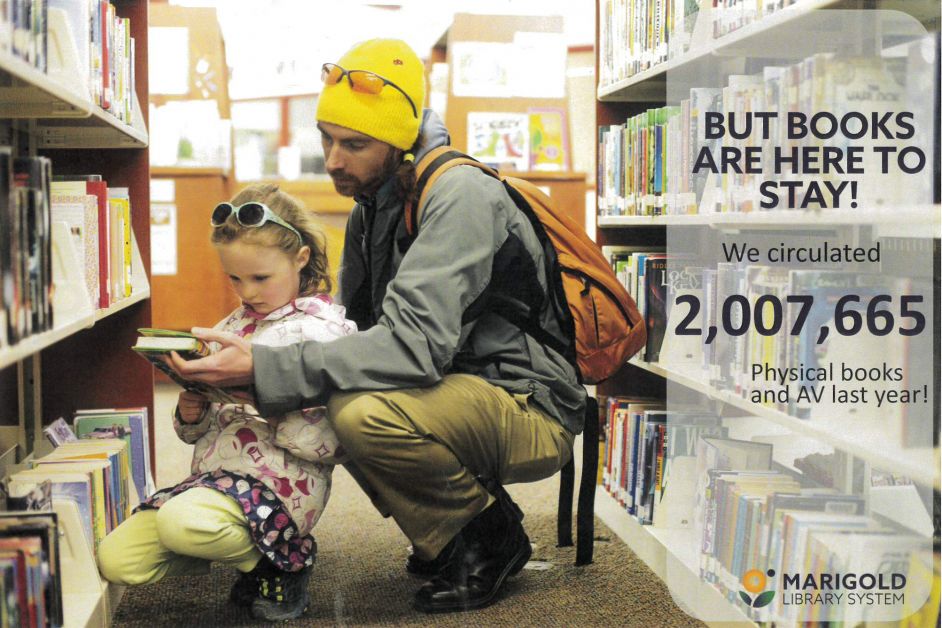 It appears, while the province continues to find savings in its budget, funding to the Marigold Library Service and its member libraries appears to be intact.
Margaret Nielsen is the Marigold representative for the Town of Drumheller, and she serves on the Marigold executive and governance committees. She says they have learned the funding appears to be stable.
“At this point, and we haven’t got it in concrete writing, as far as I know, is library funding will not change, however, they will be using the 2016 censuses, instead of any of the municipal censuses that have been taken since 2016,” said Neilson.
She explains Marigold receives grants for member libraries. Each library pays into Marigold and they receive that grant funding.
For smaller libraries, the government grant hasn’t changed, as it is a lump sum. For libraries in larger communities, the grant is based on per capita. This means if a community has grown, its funding will still be based on 2016 population numbers.
“I think the places that are going to lose are the larger places that have had an increase. For example Airdrie and Chestermere, as far as Marigold is concerned, because these are growing communities and I am sure their population base has changed remarkably in three years. Drumheller, we haven’t changed a whole lot,” said Nielsen.
There were concerns last August when the government was reviewing all funding, many were worried libraries were going to see cuts. She said an anonymous donor made a very generous donation to Marigold.
“They were concerned about rural libraries. So Marigold took the $10,000 and gave to our lowest population libraries,” she said. “For those libraries, $1,000 was a lot of money.”
Marigold serves more than 40 communities and its area stretches from the Alberta-Saskatchewan border to the B.C. border, north to Rumsey and south to Okotoks and Gleichen. Last year it circulated more than 2 million physical books and AV.
Nielsen says library services are very important, especially in tough times.
“All the library systems are being proactive in letting the government know the importance of libraries, especially in an economic downturn. Of all times that people need to access the service of a library, which is far more than books, this is the time in our economic situation,” she said.
While the funding from the government appears to be stable, many municipalities that have libraries are going to be looking at their budgets closely in tough economic times. In May Wheatland County re-

versed a decision to cut funding, and before Christmas, the Carbon Library went to its council in hopes of securing some more funding to remain viable.
“Municipalities are going to have some tough decisions to make on what services they want in their communities and they continue to support as in the past,” said Nielsen, adding access is also important.
“The Drumheller Public Library has gone to library cards at no cost. That was probably a $10,000 hit to their budget. It’s really easy to sit back and say ‘a library membership is only $12 for an adult, that’s less than the price of a pocketbook.’ But if you are budgeting for a family, you’re not buying the pocketbook and you might not be able to have that library membership.”