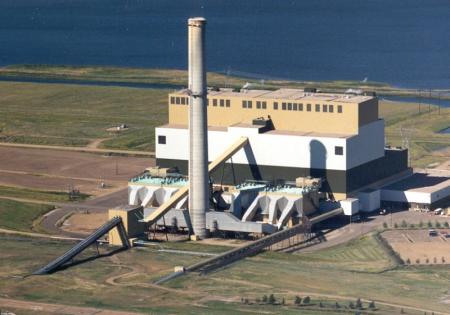 The federal government will invest $693,500 in the Hanna Learning Centre to establish services to help Hanna transition off the coal industry, once the Sheerness power plant closes.
The Hanna Learning Centre (HLC) will use the money “to establish a business hub and concierge centre for business inquiries and entrepreneurship support,” the federal government announced on Tuesday, September 3.
The learning centre’s executive director Doray Veno says they plan to open the business hub this winter, which will bring several business service providers under one roof, in the hope it will stimulate economic growth in Hanna.
“For small businesses to work in a cooperative space will have a positive impact to the current business ecosystem,” she said. The HLC provides education courses, employment services, and business counselling services.
Hanna Mayor Chris Warwick says the announcement is “fantastic” for the town, which has struggled with a decline in economic development. In 2016  the provincial government announced it would be speeding up the closure of the coal power generation from 2040 to 2030, which would mean the closure of the Sheerness plant, which employs between 60 to 80 people.
“It’s a good start,” Warwick says. “It’ll help us move along in the direction we need to go.”
The Mail reported in February of this year that ATCO Electric had applied to the Alberta Utilities Commission to convert the Sheerness Power plant from coal to gas. But in May, Canadian Utilities Ltd., an ATCO company, announced it would sell its electricity generation portfolio, including the Sheerness facility, to Heartland Generation Ltd. for approximately $835 million. Mayor Warwick says that deal had recently closed.
It was reported at the time they had no intention of reducing staff there.
Warwick says the community hopes to spur growth, after Hanna has seen some economic decline over the past decade. He hopes this funding and an additional 25 million pledged by the federal government to help coal communities transition will help bring new industry and business to the town.
The funds come from the Canada Coal Transition Initiative, established in 2017 to help resource-based communities transition into clean energy. Paintearth County received $2,738,917 from the program and a steel worker’s union in Wabamun, AB received $200,000.
“These projects will support business development and re-employment initiatives in Alberta,” said the federal government in the announcement. “The challenge of climate change requires Canada to transition our economy and, in particular, our energy system to one that is more sustainable.”