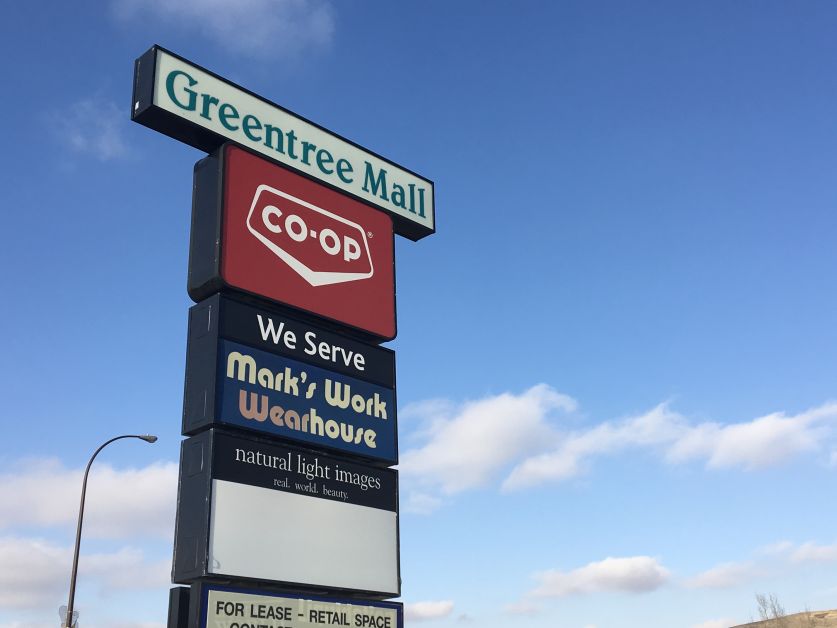 The former Drumheller Co-op food store and adjoining mall on Highway 10 East will remain vacant with no major plans for demolition or attracting new tenants, as the building was not discussed at Westview Co-op’s annual meeting last week.

The mall, which saw its last tenants leave earlier this year, was closed after Westview Co-op decided the significant losses in operating the building was not sustainable.

Westview Co-op General Manager Dennis Laing says the building is currently not up for sale and the Co-op has not made a decision on whether to demolish the mall or find another option. He says the Co-op believes there are no buyers interested in purchasing the property.

“I don’t believe there is anyone out there who would be willing to pay what we would need for it, and to me the land underneath it is more valuable. We wouldn’t be able to part with the land,” he said.

Greentree Mall had operated at that location since the late 1970s but began seeing tenants leave and a decline in foot traffic. When the Drumheller Co-op closed in early 2017, the mall saw an exodus of store owners and the last ones left this spring. At the time, Westview Co-op said the mall was operating at a yearly loss of $500,000.

While no decision was made of what to do with the property at Westview’s annual general meeting, Laing says the Co-op will be having a hazardous material assessment on the building and a decision will be made once all environmental work has been completed.