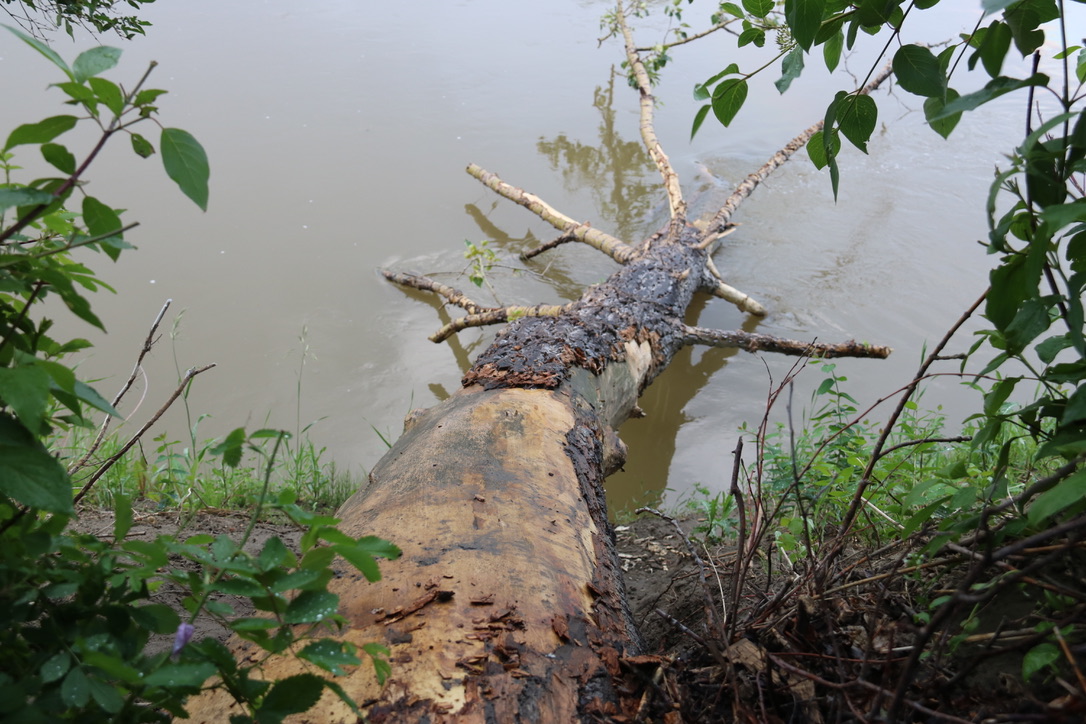 Twenty beavers have been euthanized along Riverside Drive over the last two months as the area is showing signs of overpopulation, according to Drumheller’s director of protective services.
The beavers were eliminated in the area along the river from the old hospital building on 6th Street East and the lift station near 19 Street East, where a number of trees have been felled by the large, primarily nocturnal, semi-aquatic animals.
Drumheller Protective Service’s Greg Peters says there have been “signs of overpopulation” like scratch marks and wounds on the bodies of eliminated beavers which show they are fighting and bickering for resources here. While the town currently contracts a trapper to eliminate wildlife, Peters says he only eliminated 25 last year throughout the summer. This summer’s numbers are much higher, at 20

over the last two months.
“It’s like anything, the bigger the population you have, the more resources they need for more activity,” Peters said.
Beavers fell trees for a number of reasons. They’ll knock down large trees

in strategic locations to form the basis of their dams. Dams protect against predators and provide access to food in the winter by allowing them to store food in caches. They work at night and can rebuild their primary dams in an evening.

Peters says the beavers have been destroying trees along the river there and if they’re lost the integrity of the river bank starts diminishing due to erosion.
“It can manifest itself in weird ways. We don’t want anything to erode the strength of the river bank.”
The town contracts a licensed trapper who sets under water traps along the northeast side of the river, away from people and walking trails.
Tim Schowalter, a local naturalist, says there are two reasons why municipalities might need to eliminate beavers: to prevent flooding caused by their dams or to save trees in areas such as parks or neighbourhoods.
“It poses a legitimate conflict. Roads can be washed out or if they destroy your 30 year old tree, you won’t like that,” Schowalter said.
Beavers are considered a keystone species in an ecosystem because they create wetlands that benefit other species. The species are thought to have the most influence on shaping a landscape, other than humans.
Increased rains this year and an abundance of water and, subsequently, food in the river ecosystem might be bumping the population this year, or maybe a beaver population from another area such as Michichi Dam could have migrated to the area this summer, Peters and Schowalter said.