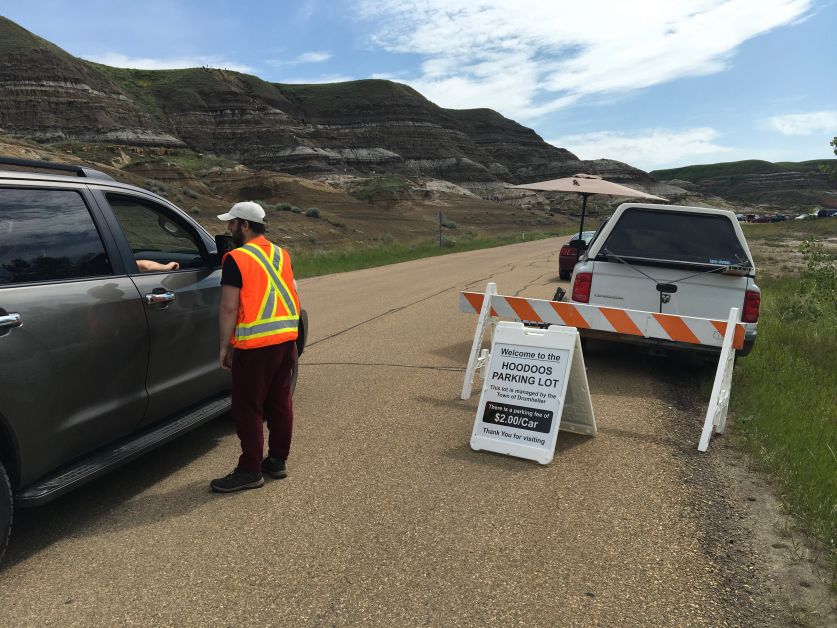 Visitors to the Hoodoo recreation area are being asked for a toonie now that the town’s tourist paid parking program has started this summer.

The program was started by the town to help recoup costs related to maintaining the area, including its parking lot and the portable toilets there. Signs notify visitors of the $2 per car “parking fee,” which is collected by two employees from 9 a.m. to 7 p.m. Thursday through Monday.

Attendant Glen Thornton said since starting work two weeks ago it's been busy, with the visitor tally topping 320 on Friday. By noon on Saturday, the count was already at 93 and the cars kept coming.

He says the majority of people are more than happy to cough up change once they know what it’s for.

“Some people even give extra. The most resistance we get is people asking why now, when it hasn’t been this way for the last 50 years.”

Thornton says two cars in the last two weeks had drove past him without paying, but there isn’t much they can or should do about it. Since the Hoodoo Provincial Recreation Area, access is free to the public and people can’t be denied entry or legally obliged to pay a fee. But since the town owns and maintains the parking lot adjacent to the Hoodoos, they are asking visitors for a $2 fee to park there.

“The charge will be in place until the end of the summer and we will review the feedback at the end of the program to see if it will be pursued for the future,” the town said in a press release, which also noted the parking lot would “could cost over one hundred thousand dollars.”

If the Hoodoo parking pilot is a success, the town has said they plan to implement something similar elsewhere, like the Rosedale Suspension Bridge parking lot. 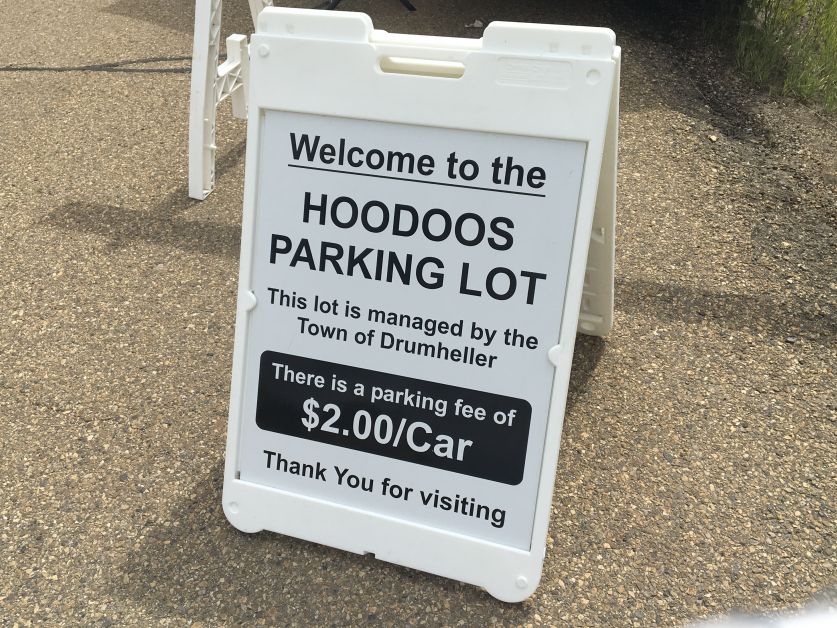