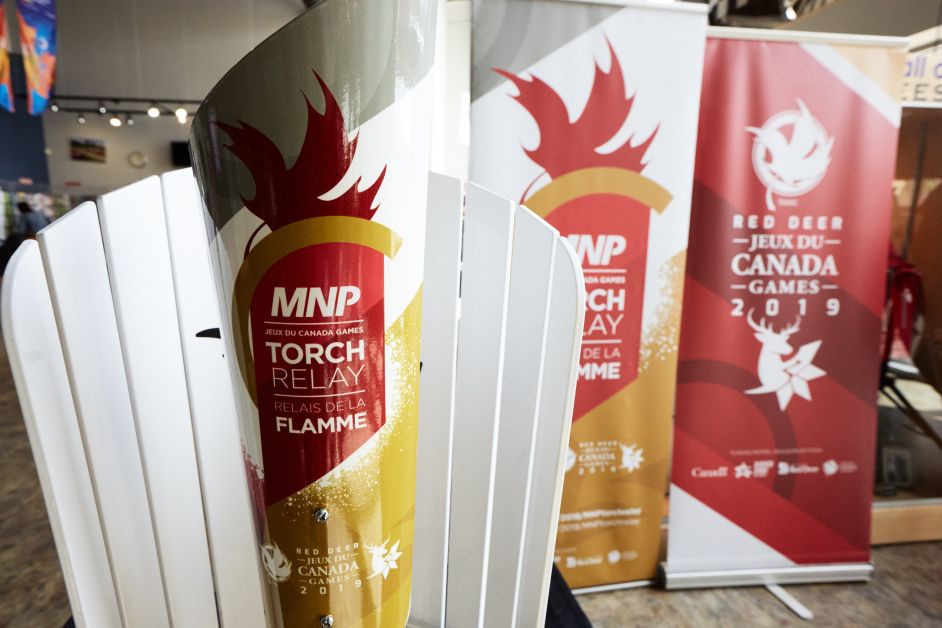 It’s been over 20 years since an Alberta community hosted the Canada Games, as Red Deer is set to host the games starting February 15.
The torch will be making a celebration stop in Drumheller, one of dozens of communities who have hosted events as the torch made its way from the east to west coast before starting it’s route in Drumheller.
“One unique thing about our games is we are the first Canada Games ever to attempt to host a national torch relay across the country,” says the Red Deer games CEO Scott Robinson, who adds the games are rotated between provinces and for Alberta to host the Canada Games is a rare occurrence happening every 20 to 25 years.
“It is the biggest event we are hosting in Alberta since the 1988 Olympics,” said Pat Lechelt, Chef De Mission for the Alberta Team. “What is really cool about this is this is the pool that our Olympians come from.”
While Red Deer will be the central community hosting the games, events will take place in both Calgary at Canada Olympic Park and Nakiska Ski Resort Kananaskis.
The Drumheller torch celebration begins at 4:30 on Friday, January 11 at the Badlands Community Facility. Attendees can expect family activities, speeches from dignitaries (MP Kevin Sorenson and Mayor Heather Colberg have been invited), photo opportunities with the torch and with the mascot Waskasoo.
The last time the games were hosted in the province was in 1995 in Grande Prairie.
Sports include alpine and para alpine skiing, archery, artistic gymnastics, artistic swimming, badminton, biathlon, boxing, cross country skiing, curling, figure skating, freestyle skiing, hockey, judo, long track speed skating, ringette, short track speed skating, snowboarding, squash, table tennis, trampoline, and wheelchair basketball.
The opening ceremony begins on Friday, February 15 in Red Deer, with the closing ceremony scheduled for March 2. The ceremonies and the games will be broadcast on TSN.
Tickets to the games are available online at ticketsalberta.com