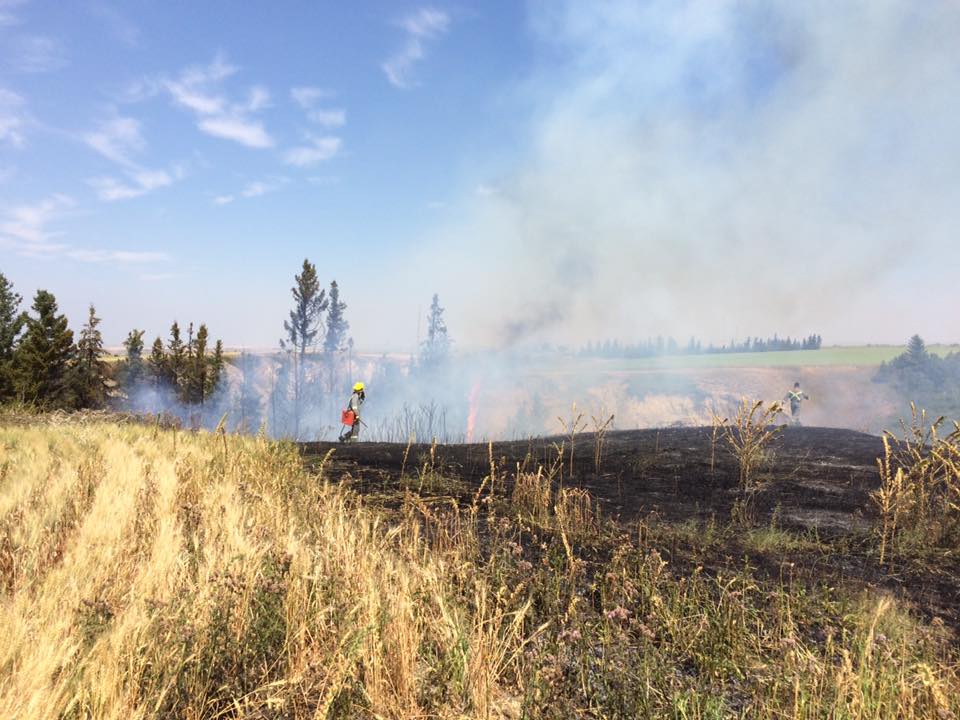 At approximately two o’clock p.m. on Sunday afternoon, the Drumheller Fire Department was notified of smoke coming from a coulee southwest of Drumheller, due west of the Penitentiary and responded with two trucks and eleven firefighters. Upon arrival, they found a deep coulee full of spruce trees and tall grass engulfed in flames.

After sizing up the fire and evaluating the risk of the fire spreading, the team requested mutual aid assistance from the Dalum Fire Department, Rosebud Fire Department, and Munson Fire Department. A tour helicopter provided some aerial reconnaissance for them as well. With lots of equipment and great teamwork, the fire was brought under control within a couple of hours.

The cause of the fire is not known, but just as a reminder, there is a fire ban in the Drumheller area. This advisory represents a severe fire risk with respect to open air fires. 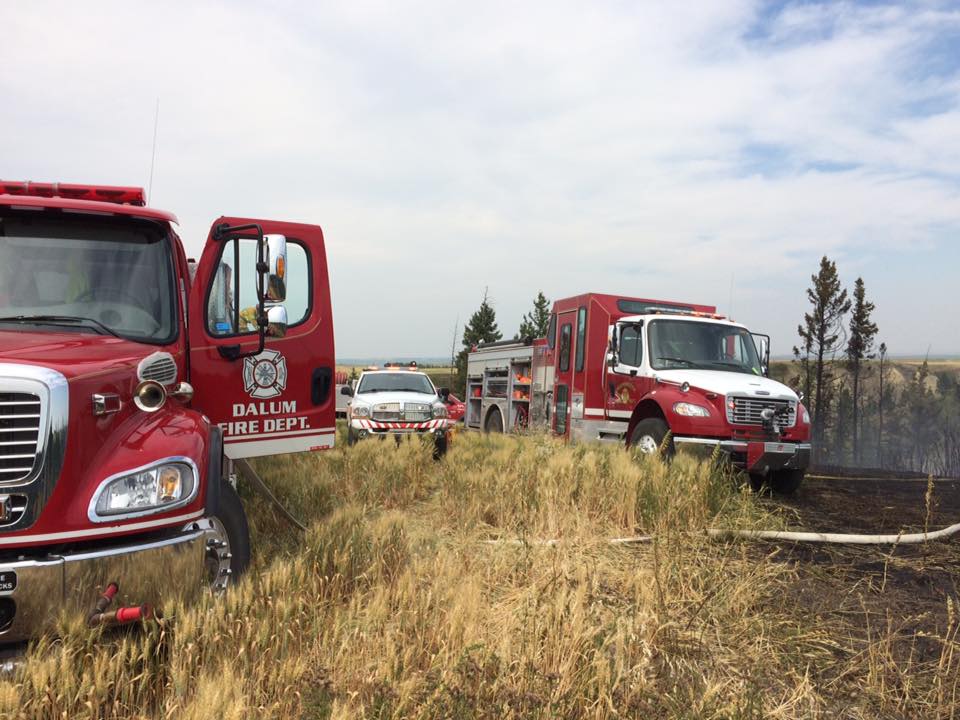 Open air fires include fires for the burning of weeds, grass, leaves; fires related to recreational uses in non-approved containers; and the burning of coal, straw and/or other materials. Please note the following regarding the fire ban restriction.

Incinerators (for farm and acreage use)

- Fires contained within approved facilities and appliances in designated camping and recreational areas.

Natural gas and propane barbecues are not affected by this fire ban restriction.

This fire ban takes effect Friday July 28, 2017 at 4:00 P.M. and will remain in effect until further notice. This fire ban restriction is for all properties contained within the Municipal Boundaries of the Town of Drumheller. 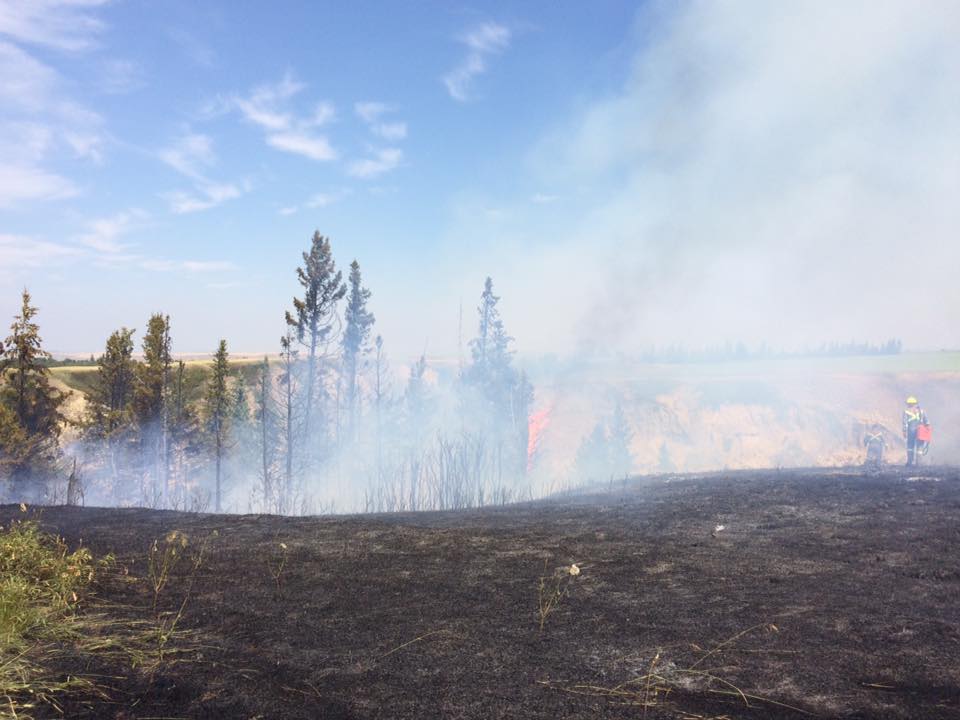 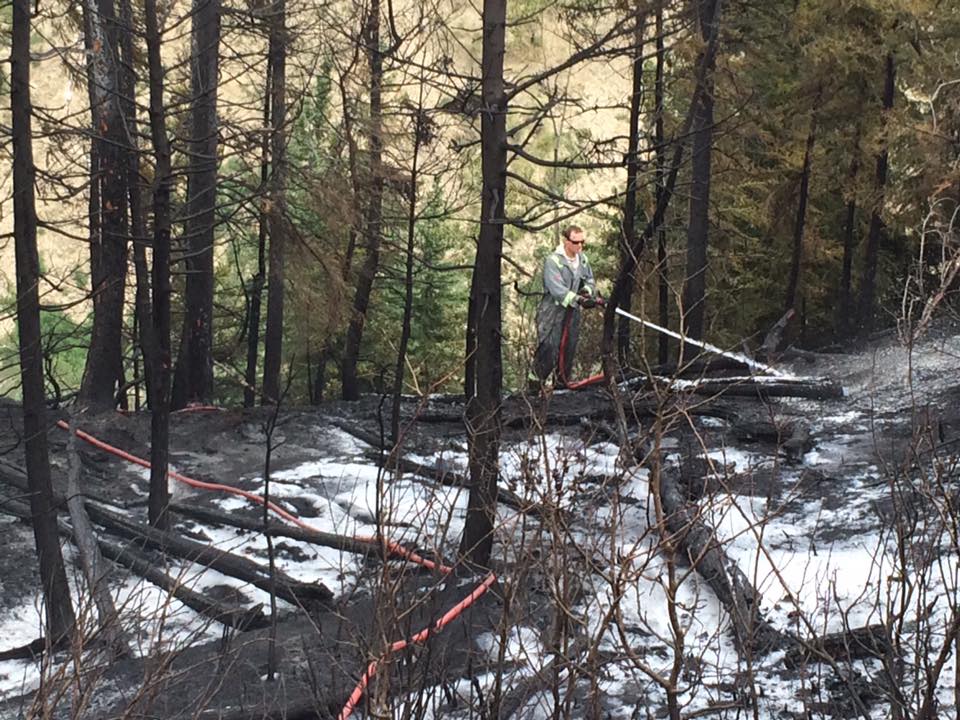 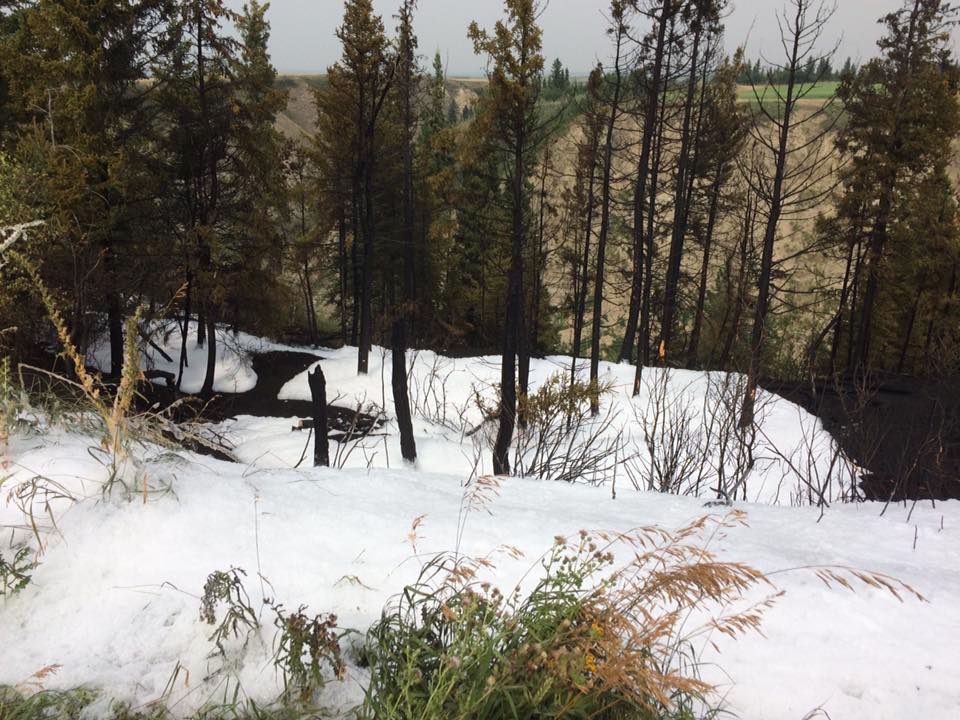