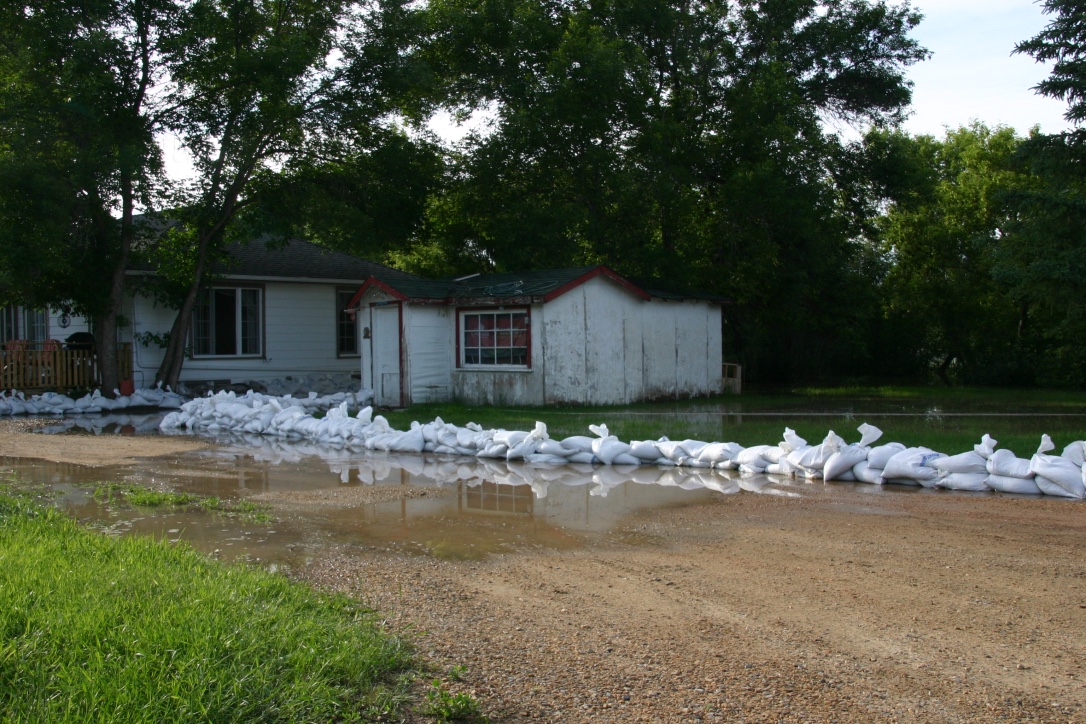 Town Council is moving forward in preparing to take on two flood mitigation projects.
Drumheller was approved in 2015 under the Alberta Community Resilience Program in the amount of $6.4 million for two flood mitigation priorities at 90 per cent government funding to 10 per cent municipal of cost sharing.
Council has given first reading to two bylaws. One is to borrow $516,000, the municipal portion of a $3,727,000 for a project in East Midland and Newcastle. The second is to borrow $497,400, the municipal portion of a $3,718,000 project for the construction of a new berm and to raise existing berming in Central Drumheller.
So far the adaptation of two borrowing bylaws ensures that the borrowing option is in place and the dollars can be accessed immediately when the funding agreement and dyke ownership is finalized with the provincial government.
With that being said, Town Council intends on debating the consequences of borrowing versus using reserves prior to the final reading.
Drumheller has had an ongoing discussion surrounding the municipal portions with Provincial and Federal governments, hoping to eliminate or minimize the cost.
“We’ve worked hard and will continue to work hard to get the maximum amount of funding from the Province and Federal Governments, but it’s time that we get the shovels in the ground to make sure that we are protected from future flooding,” said Mayor Terry Yemen.
Although, a further grant program from the Federal government may be available down the road to help offset future flood mitigation projects, right now there is no more funding to help the current portions being upheld by the Town. For now, the Town of Drumheller is applying for Federal funding at the end of this month for future flood mitigation projects.
In summary here are the two finalized projects.
The first project which is East Midland and Newcastle, has the majority of residents located within the flood fringe. The total 2014 assessed value for residents, not including land, is approximately $51 million.
In Midland and Newcastle combined, to protect against the potential of future floods, the existing berms will be built higher as well fixing problems such as erosion control, riverbank stability, and installation of a drainage pipe with a backflow preventer between North Railway Avenue and the CNR tracks.
The estimate cost for the project will reach $3,727,000 with the provincial contribution of $3,211,000 and a municipal cost of $516,000. The benefitted cost would be $13.7 million.
The second project – Central Drumheller 2nd Street West to 5th Street East – will require construction of a new berm and raising the existing berm to help protect central Drumheller from future flooding.
The total cost of this project will be an estimated $3,718,000 with the province pitching in $3,202,600 and the town putting $515,400 towards it. The assessed value of this portion of the town is at $49 million and has a benefitted cost of 13.4 million.
Once the funding agreement is signed, the town will proceed to the design phase with hopes of tendering the project this fall.
“As we work on finalizing the funding agreement, the town is proactively looking at taking steps that will reduce the likelihood of project delays down the road,” said CAO Ray Romanetz.
For a more detailed scope of the projects, visit www.dinosaurvalley.com/floodmitigation.