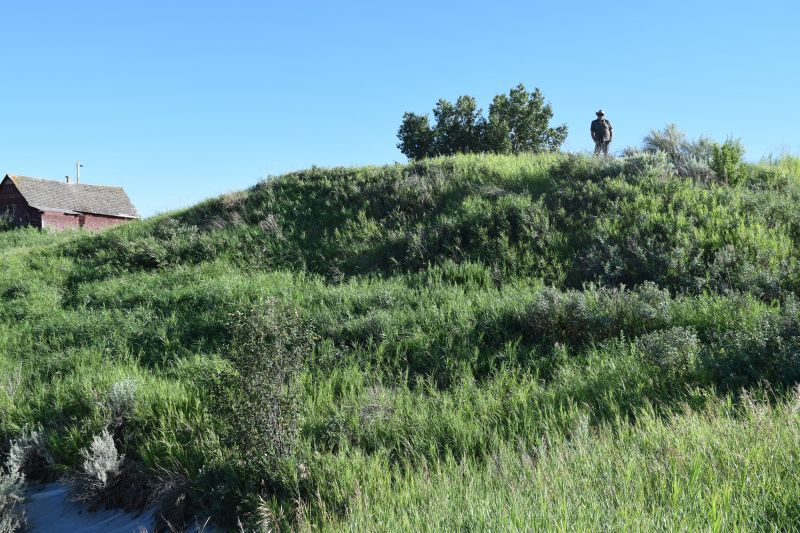 The owners of the overgrown and derelict golf course in Rosedale have met opposition after announcing plans to develop a seasonal RV park on the location, if town council approves zoning changes to the property.

First reading of the zoning change is tabled for Monday, August 22 at 4:30 pm in the council chambers. If first reading is passed, a public hearing will be held at a later date, which will be advertised for two weeks prior, before the change is brought to council again for a second reading.

RA Hamilton and Associates sent out the proposed plan last week and immediately met with negative feedback from neighbours, who the developers say may be misinformed. They were largely opposed to increased tourist and visitor traffic into their quiet community from a permanent mobile home park, even though it will be a seasonal campground. RA Hamilton received 27 letters in opposition to the project and a petition signed by a number of neighbours.

“Consensus-wise I believe they would want it to remain as a park,” said owner Norah Hamilton. “They wanted to keep it as a park, as we’ve always let people have free access to it, but we’re looking to develop it again. They said they’d prefer something seasonal, rather than something year-round.”

The organization amended the design and will have 64 lots for RV and tent camping, as opposed to the previous 87, as well as been approved for relocating the entrance to the north side of the property where traffic already flows to the Swinging Bridge. But the campground will have a unique twist that developers hope will spur greater interest and cement a connection with the community.

RA Hamilton plans to structure the park as a multi-stake hybrid cooperative with several membership levels that would allow residents and employees to own a piece of the project in addition to receiving an ROI. Hamilton said several local tradesmen and practitioners have expressed interest in providing sweat equity into both the construction of the infrastructure and being involved in the teaching of classes on topics as various as butchering, beekeeping, hunting, bio-diesel labs, and offering certification in various professions and hobbies. Locals can purchase memberships and become financial stakeholders in the operation.

“It’s the things we want to do in our retirement, and we’re hoping those who are also retiring in the community will go to the classes and maybe teach classes, too,” said Hamilton.

The cooperative idea comes after opposition to a year-round mobile home park, which door-to-door conversation Hamilton and her husband had conducted in the neighbourhood showed strong opposition due to increased year-round traffic into the area. She says that would be the most obvious option for them because it is the biggest revenue generator and would not require a municipal land use designation change, but they want to do something different for the community.

“We want to enhance the community, not deteriorate the community,” said Hamilton. “When employees own the company it has a much higher probability of success. The neighbours can own a piece of this project.”

They intend to invest close to $1.75 million into the campground/tourism/educational mash up on ten acres of land in Rosedale that RA Hamilton had been sitting on for ten years.