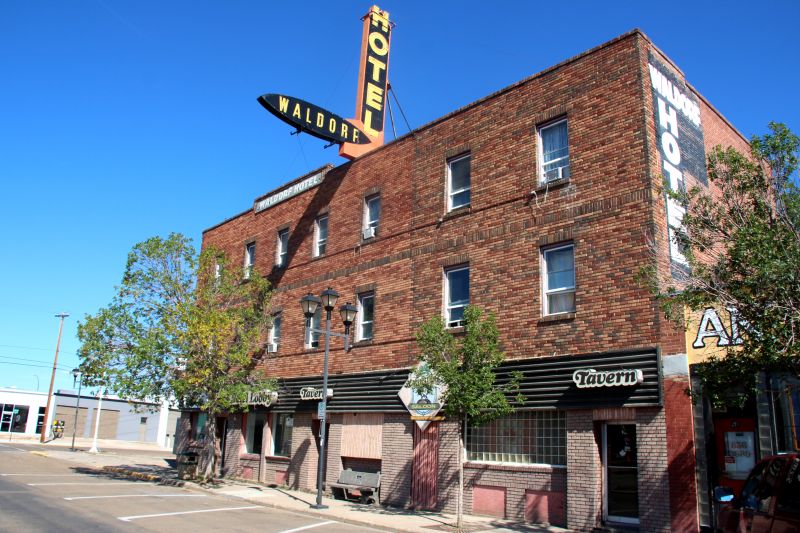 In a piece for the CBC’s feature series Calgary at a Crossroads published this week, author Aritha Van Herk compared the identity of her city to the character of some of the world’s best known and, often, overblown metropolises. She wrote, “London resides in its stately imperialism, New York swaggers on size. We’re neither, not nearly as staged or as venerable. Our fantasies are local, delicate in their unfolding. We think of neighbourhoods and dynasties smaller than cultural megaliths or empires.”

The protagonists in our stories are small compared to those heroes of Europe’s grand histories. The prairies are founded by the struggling merchant with keen business savvy, sweat-browed ranchers and farmers living a life of subsistence, settlers stumbling ass-backwards onto producing land. Drumheller is not founded as a result of some great battle for territory eventually named for the winning king – Drumheller was named after a simple coin toss between two simple men.

Our European prairie narratives are young and still developing, most no more distant than a paltry one hundred years – our beginnings are often not much older than our first buildings. Our history and the buildings it developed in are, unlike the remaining ruins of other, more ancient civilizations, still present and essential in understanding our roots, our history, and our direction.

Cataloging the history of our prairies is of the utmost importance, and this historical project is looking for assistance from the people of Drumheller in keeping and recording our all too fragile historical record.

“When I was a young kid I remember my dad and grandpa giving me a copy of this coil bound book to read with the history of all the buildings in town,” says Century 21’s Bob Sheddy. “Twenty-five years later I went searching for that book, and while reading it, I thought that it was something that deserved to be updated and put online.”

The blog uses Gaschnitz’s initial groundwork, focusing posts on individual buildings in Drumheller and relaying local stories and historical fact to put together a narrative for each building as its function and architecture changed over the years. Damaged by fire, the changing economics of the valley, evolving tastes and needs, shape the local story as it develops through the years.

Take the current Jurassic Ink building on 3rd Avenue West. The building was built in 1925 by a local miner of 35 years who built it as a grocery store with his own money. During the miner’s strike he rented it out and it became a military shop, and later a Simpson Sears order office. Later it became a dress making shop, a hot tub rental store, and a beer and wine supply shop, and then recently an insurance office, and today, a tattoo shop.

But the record is incomplete. Gaschnitz did not detail every building downtown, and the bloggers are looking for assistance from locals who know the ins and outs of local history to help finish the list before the architectural record is altered or gone for good.

“Drumheller has a rich history and we want to help preserve it,” said Century 21’s Cassandra Houston. “If you have any information or old photos to share please email them to power.realty@century21.ca or call Bob Sheddy at 403-823-2222.”

“It is easy for me to update the existing buildings that weren’t tracked,” said Sheddy.