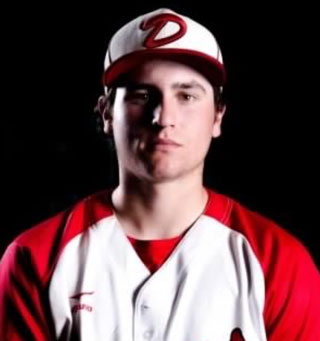 A young Rowley resident will be heading to Saskatchewan next week to represent Alberta.

Quentin Kopjar, 17, will be part of Team Alberta at the 2015 Baseball Canada Cup U17 Championship in Saskatoon from August 5-10.

“I went for a tryout in Okotoks. There were two cuts, the second one was in Edmonton. They emailed us (the week before) and told me that I made the second tryouts. I went there and then a couple days later I went down to Missouri for a baseball trip and they phoned me and told me I made the team.”

The tournament will have players from all over Canada participating and Kopjar said it feels “good” to be representing his province.

Kopjar said he tried out last year and, “got cut because I was young and they usually take the older guys.”

But that didn’t stop him, he said it, “gave me more drive to make the team” so he then decided this year he would go back and try again, and this time had success. Currently he is playing for the Midget AAA Okotoks Dawgs in his first year.

The team’s first game will be Wednesday, August 5 at 10 a.m.