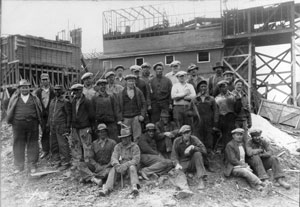 Numerous buildings throughout the valley have stood the test of time, and many of those still standing were built by Stanley Campbell.